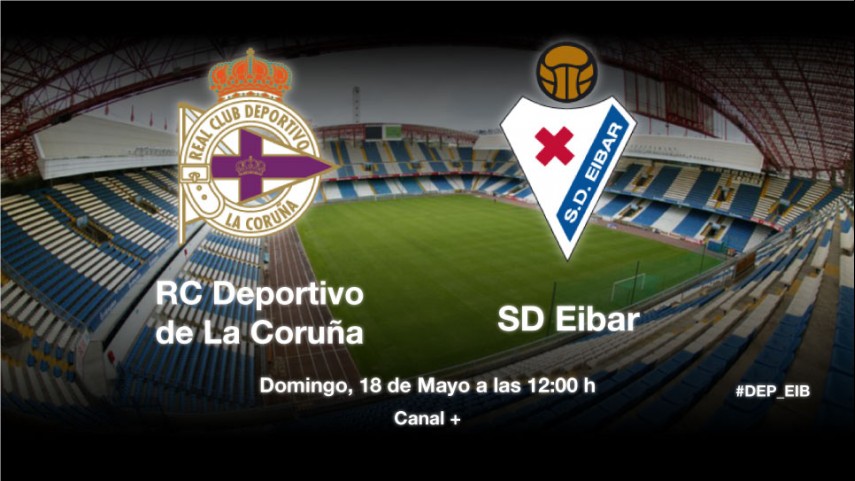 First place to play for in Riazor

Deportivo and Eibar fight it out for first place with just four games to go until the close of the Liga Adelante season.

Riazor will play host to the most interesting of the Liga Adelante matchday 39 ties, with the first and second-placed sides, RC Deportivo de La Coruña and SD Eibar, going head-to-head.

Fernando Vázquez’s men will be looking to defend top spot against the team they leapfrogged to become league leaders. The Galicians come into this match on the back of a defeat and two draws, a disappointing run that has seen their points cushion dwindle. "The team is fine, focused on the job at hand", declared the Depor coach ahead of the clash against the Basques.

Meanwhile, Eibar head into this game on the back of some positive results, having gone four matches undefeated. Gaizka Garitano’s side is just two points behind Deportivo and could reclaim the top spot off them, a position they have help on various occasions this season. Garitano has it clear on what role his team needs to play away from the Estadio de Ipurua. "We have the experience of knowing that every time we play away from home we are a dependable side", he stated.