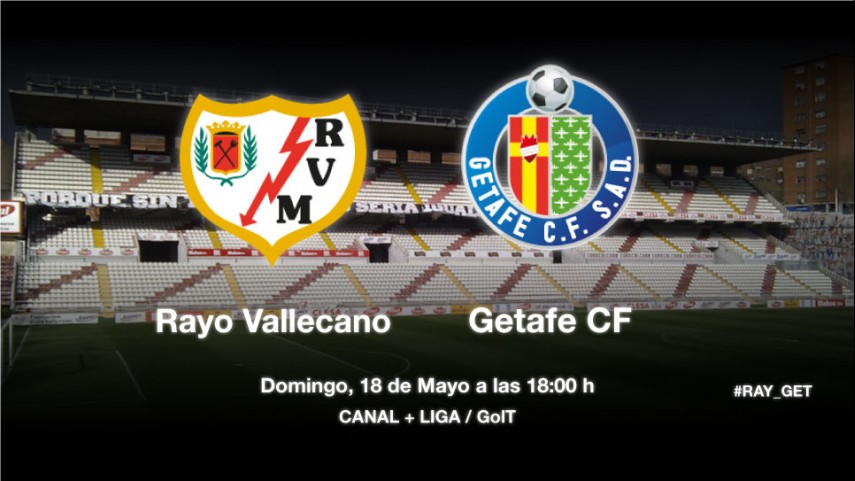 Their fate is in their hands. The team from Madrid need a win to stay in the Liga BBVA for another season.

It will be a vital match for Getafe CF against Rayo Vallecano in the Madrid Region derby, to be held on Sunday at 6 pm at the Vallecas Stadium.

A final test for Cosmin Contra’s side, who need a win to stay in the Liga BBVA for another season. The Madrid side go into the final matchday with their fate in their hands and with the momentum behind them after four games without defeat. Suspended Sergio Escudero and injured Miguel Ángel Moyà and Adrián Colunga are unavailable for this match. The Azulones manager said that his team “isn’t confident, but we are aware and committed”.

Meanwhile Rayo go into the final matchday having secured their survival several matchdays ago, so their main motivation will be to deliver a final victory of the season for their fans. Paco Jémez will be without Adrián González, Saúl Ñíguez, Nery Castillo, José Carlos Fernández and Borja López, all through injury. The Rayo manager said that their “fans deserve a final celebration” and he thanked their supporters “from the bottom of my heart”.