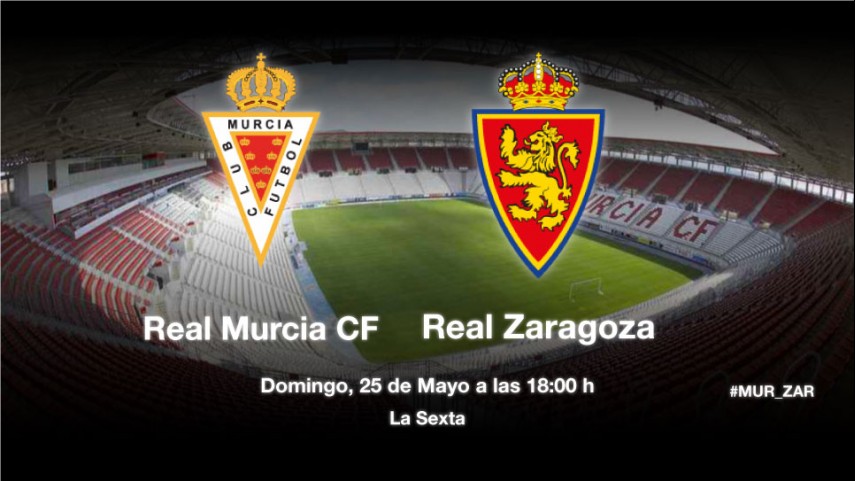 Final push for the playoffs for Zaragoza

The side from Aragon go to the Nueva Condomina with the intention of staying in the playoff hunt, whilst Murcia will also be looking to remain in the equation.

Real Murcia CF and Real Zaragoza face off in the 40th round of Liga Adelante fixtures on Sunday at 18:00h at the Estadio Nueva Condomina.

The home side go into the tie seeking to shorten the distances at the top of the table, and keep up their chances of securing direct promotion to Liga BBVA. They are eight points behind Deportivo La Coruña, and six behind SD Eibar, who currently sit first and second, but they proved last time out against CD Mirandés (5-0) that they are not giving up hope. Their coach, Julio Velázquez, will be without the injured trio of Dani Bautista, Óscar Sánchez and central midfielder Miguel Albiol.

The side from Aragon will be trying to stay in the playoff hunt, a place they currently trail by five points. Sitting in 12th position in the Liga Adelanta table, they will be looking to secure an away win, just as they did last time out against Córdoba CF (1-2). Víctor Muñoz has no absentees for the game.