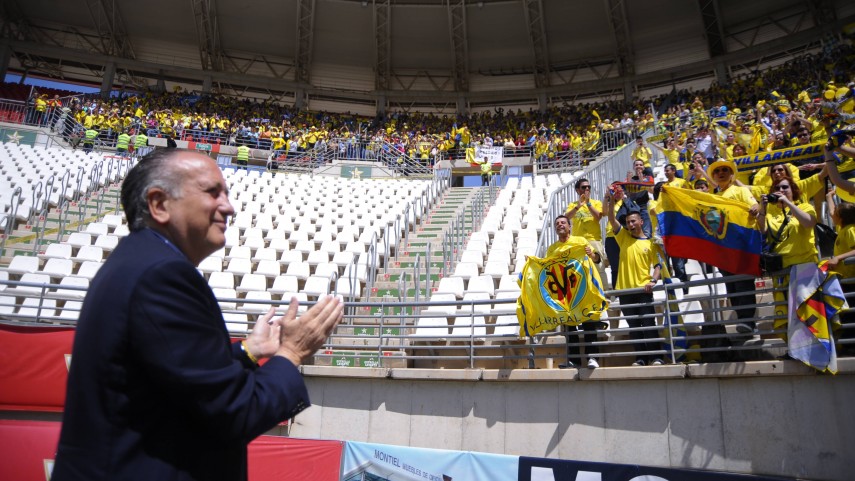 Fernando Roig: "It will be a homage to all fans of Spanish football"

The Villarreal president explained to LFP.es his feelings before the party in honour of all football fans who strive for fair play.

On the 15th of February during the match between Villarreal CF and RC Celta de Vigo, the El Madrigal stadium was victim to an act of vandalism that showed the enormous human qualities of The Yellows' fans. The reaction of the fans before the evacuation of the stadium following the throwing of a teargas canister was exemplary, something that makes Fernando Roig proud. "It was a difficult moment, but we stayed calm", said the president to LFP.es. "Thanks to the excellent behaviour of all the fans, nothing happened, it was an example of calmness and tranquillity".

This Sunday will be the time to offer thanks. The Yellows have organised a party in honour of the fans who strive for fair play. Here he explained it: "It is not only a consideration of the people who were at the Celta game, but it's also a homage to all football fans". The Villarreal chief, who received the BBVA Prize for Fair Play in Liga Adelante (2012/13), also said it would be a tribute to the fair play that exists in Spanish football. "The LFP are working to have both a clean and honourable football with their fight against sporting fraud", he added.

For Fernando Roig, the presence of LFP president Javier Tebas, "is an honour" and said "I want that Sunday be a homage to all fans of Spanish football". Finally, the Villarreal president wanted to send a message of thanks to all their supporters: "their behaviour that day should serve as an example for everyone, especially Spanish football fans".