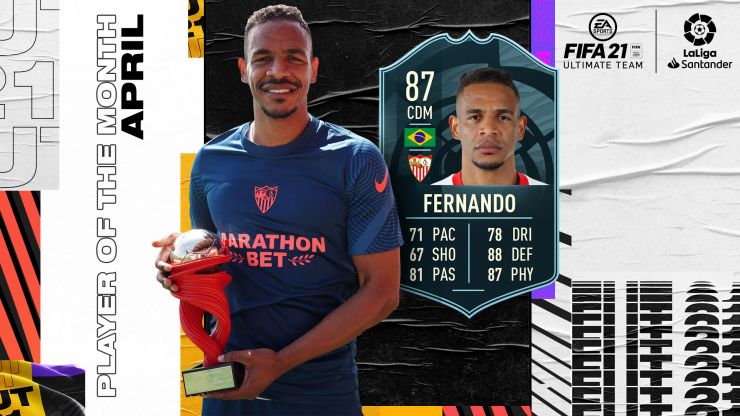 Sevilla midfield enforcer Fernando Reges lands the accolade after netting twice and playing a pivotal role as the Andalusians recorded a clean sweep of wins during last month.

Fernando Reges has been crowned as the LaLiga Santander Player of the Month for April. The midfield general has been a key man for the Sevillians, offering balance, breaking play up and spreading possession, whilst also chipping in with two goals as Sevilla FC kept themselves in the hunt for the LaLiga title by winning all five games during April.

The Andalusians claimed maximum points in a tough run of fixtures, including the 1-0 triumph over league leaders, Atletico Madrid, and the thrilling comeback wins away to Celta Vigo (4-3) and Real Sociedad (2-1), encounters in which Fernando weighed in with a goal apiece; and the victories over Levante UD and Granada CF. The Brazilian played every minute of these games and was a key cog in Julen Lopetegui’s system.