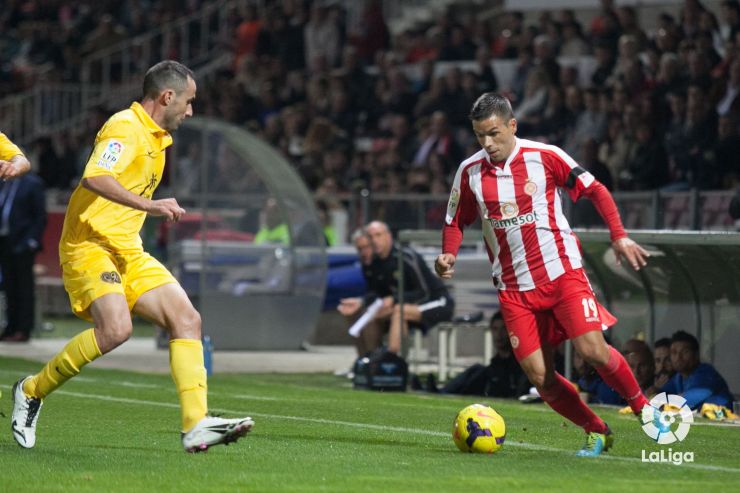 The player has extended his contract with the Catalan club by two seasons, with an option for a third.

Felipe Sanchón, one of Girona FC's most important players, has renewed with the Catalan club for two more seasons, with the option of a third. The player from San Baudilio de Llobregat (Catalonia) has played 21 Liga Adelante matches with the team this season and scored six goals.

After spells at teams such as Hércules CF, Club Gimnàstic de Tarragona and Granada CF, Sanchón returned to Girona, where he previously played from 2005 to 2006. Now, after a year and a half of quality football at the Catalan club, the attacking midfielder will be with the albirrojas for two more seasons.