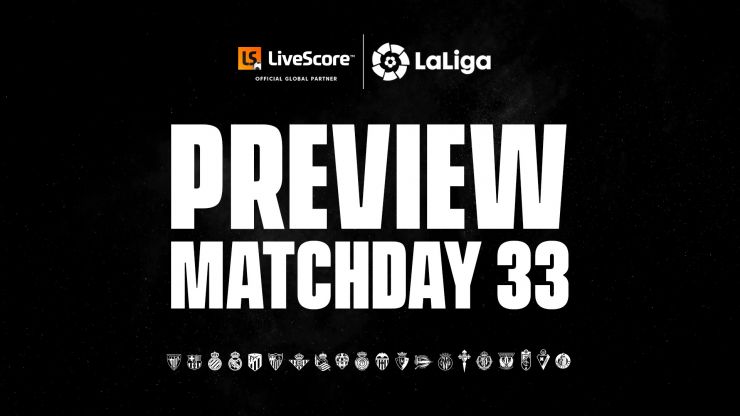 FC Barcelona will have to beat Atletico de Madrid to keep pace with LaLiga Santander leaders Real Madrid, who welcome neighbours Getafe CF to the Bernabeu.

With just six games of the LaLiga Santander season remaining, FC Barcelona sit two points behind title rivals Real Madrid after being held to a draw by RC Celta at the weekend. Two goals from Luis Suarez, both assisted by Lionel Messi, appeared to have secured the win for the reigning champions, but a precisely placed free-kick late on by RC Celta’s long-serving striker Iago Aspas saw the game finish 2-2. Messi’s contribution means he’s now provided the most assists in LaLiga Santander this season, 17, while being top scorer with 21 goals. Atletico de Madrid’s 2-1 victory over Alaves was their fourth win in a row, but the stoppage-time penalty conceded by Koke saw the club’s influential captain booked and he is suspended for the game at Camp Nou. An 86th-minute goal from Messi was enough to give FC Barcelona the win when these two met at the Wanda Metropolitano in December.

Time is running out for RCD Mallorca, who have taken just one point from their five games played since LaLiga Santander returned to action. The latest setback was a 3-1 defeat at Athletic Club which left Vicente Moreno’s team in 18th place in the table, eight points adrift of opponents RC Celta and in real danger of losing their LaLiga Santander status. The visitors have been revitalised since the break, with two wins and two draws in their last four games, including a 6-0 drubbing of Alaves and a spirited fight back at home to FC Barcelona which earned a 2-2 draw. When these two sides clashed in Vigo in December, a late goal from Ante Budimir helped RCD Mallorca claim a point despite the team playing the final 12 minutes with 10 men after Antonio Raillo received a red card.

Real Madrid moved a step closer to claiming a 34th LaLiga Santander championship with a 1-0 win at bottom club RCD Espanyol de Barcelona in Matchday 32, thanks to some inventive play from Karim Benzema. His backheel pass across the six-yard box just before half-time allowed Casemiro to stab home the only goal of the game, returning Real Madrid to the top of the table. Getafe CF achieved their best position in the club’s history last season, finishing fifth, and that’s where they sit right now after a 2-1 win over Real Sociedad in their last match. Jaime Mata scored both goals, making him the club’s leading scorer this campaign with 11. Real Madrid have won all five LaLiga Santander matches since the campaign resumed while Getafe CF are now unbeaten in their last four, but in their 14 previous visits to the Bernabeu they have only celebrated victory once at their Madrid neighbours, in 2007-08.