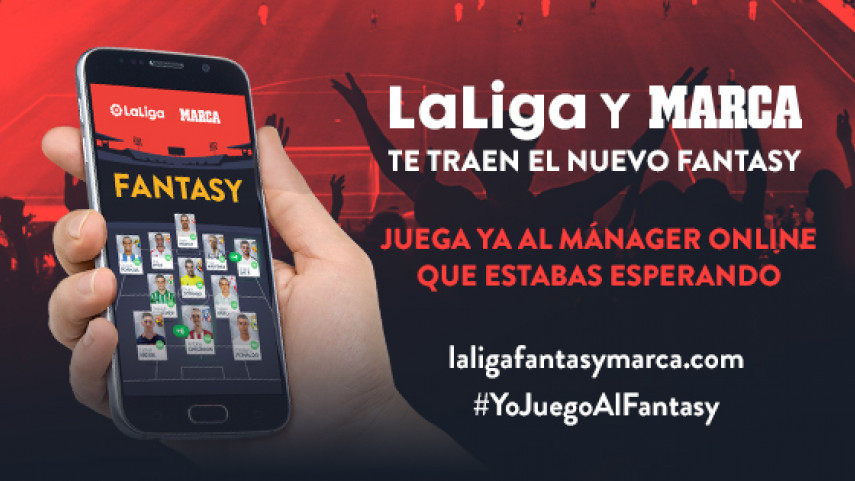 LaLiga and MARCA have joined forces to bring you the Fantasy LaLiga game - show your friends that you are the best manager.

The best league in the world only lacks one signing - and that's you! There are only two weeks until the start of another exciting league season and now you can make one of your dreams come true - to coach a team without spending one single euro or moving from your living room.

Today is a great day because LaLiga Fantasy MARCA, the official game of LaLiga Santander, has begun.

A new scoring system is in place for you to play live and in private leagues with friends.

MARCA and LaLiga, two number ones in world football, have joined forces to make the modern world of fantasy football available to all users.. From Venezuela to the United States to South Africa or Japan, football supporters across the globe can play in the Spanish and English versions of the game.

The private leagues between friends will be one of the pillars of the game. Users can create tournaments with their colleagues and show who is the most knowledgeable. An opportunity to bid for players on the market is there, and players can make transfers between each team. The aim is to create an experience of LaLiga that is entertaining on every day of the week.

For more excitement, the LaLiga Fantasy brand has a revolutionary live scoring system, in which users can monitor the performance of their players and change the ranking of the private league during matches in real time.

This scoring system will take into account up to 19 different parameters. Actions such as goals, assists, cards and more will have a bearing on the final score of each player, day after day.

In a clear commitment from LaLiga and in this brand new digital environment, the game will be available on mobile phones and tablets, plus a web version through Facebook.

The goal of both companies is to expand the number of channels in the future.

Are you ready for adventure? Download the application LaLiga Fantasy MARCA on your mobile and start signing Cristiano, Messi and co.