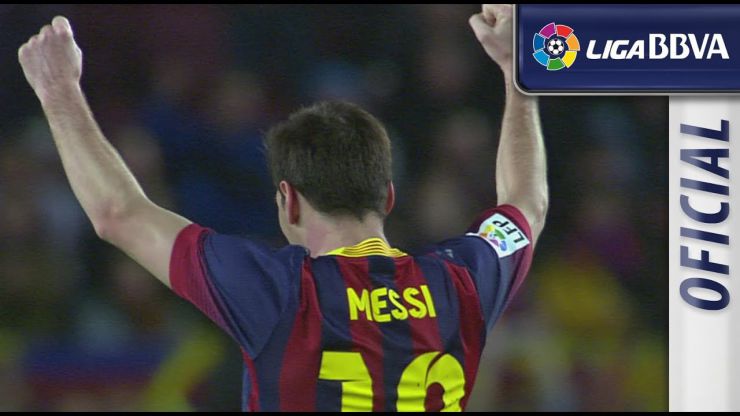 Exhibition of football and goals at the Camp Nou

Barcelona defeated a brave Rayo Vallecano with goals from Adriano, Alexis, Pedro and Neymar and two from Messi.

FC Barcelona stamped their authority again on the 24th matchday of the Liga BBVA by winning at home to Rayo Vallecano (6-0), the only team in the championship who managed to compete with the azulgranas for possession in the first half of the season.

But Carles Puyol was returning to the Camp Nou after a long absence due to injury and the fans and team celebrated in style. Iniesta, Messi and Cesc excelled themselves and offered an exhibition of football that ended with a feast of goals.

Aware of the pressure that Paco Jémez's side could exert on them, Barcelona quickly got ahead on the scoreboard and avoided any trouble. The first goal came in the second minute thanks to some good work from Adriano. Before the break Leo Messi took the pressure off making it 2-0.

In the second half, though Rayo endeavoured to close the gap and never wavered in their efforts to play attacking football, goals were added by Alexis, Pedro, Messi again, and Neymar, in the 88th minute. The win keeps them at the top of the BBVA and leaves the Madrid team in the relegation zone.