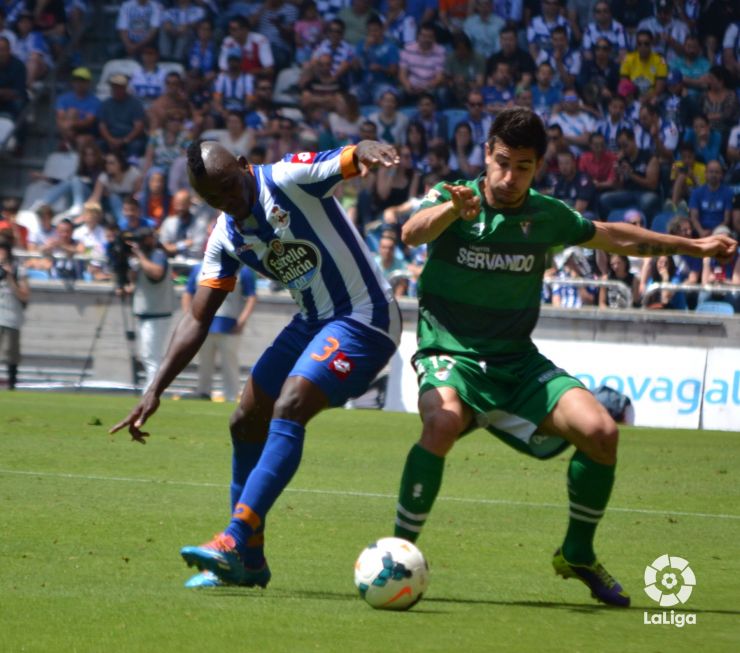 Excitement right until the very end of the Liga Adelante

Deportivo and Eibar provided one of the most exciting clashes of the weekend in their fight for the top spot, while Alavés and Castilla give the bottom of the table a squeeze.

The end of the Liga Adelante is drawing near and every team is giving its all to achieve its objectives. The equality that has ruled all season was extended on the latest matchday with intense and thrilling matches all weekend.

The most interesting clash of the day was the one that saw RC Deportivo de La Coruña take on SD Eibar in a tight thriller that ended in a draw, but in which either team could have broken the deadlock. Diego Ifrán opened the scoring for the home team and Jota Peleteiro equalised.

Two sides hoping to secure automatic promotion, UD Las Palmas y Real Murcia CF, were unable to capitalise on the draw in Riazor, and instead lost their respective encounters against Real Madrid Castilla and FC Barcelona B. The Madrid reserve team remains in the relegation zone but moves closer to safety in the division, while the Catalans continue to cause a stir in the Liga Adelante, where they currently occupied third place.

It was also a good day for Córdoba CF and RC Recreativo de Huelva, who both won their respective encounters. 'Chapi' Ferrer’s men climb ever closer to the play off places after beating CD Tenerife, who themselves slip down to tenth, while the Nuevo Colombino side move to eighth after an important win against Girona.

Things are as exciting as ever at the bottom of the table. Castilla’s win and Alavés’ victory over CD Lugo have tightened things up in the relegation dogfight. Now RDC Mallorca and Real Jaén CF move even closer to the drop zone after drawing 0-0 in the Iberostar.