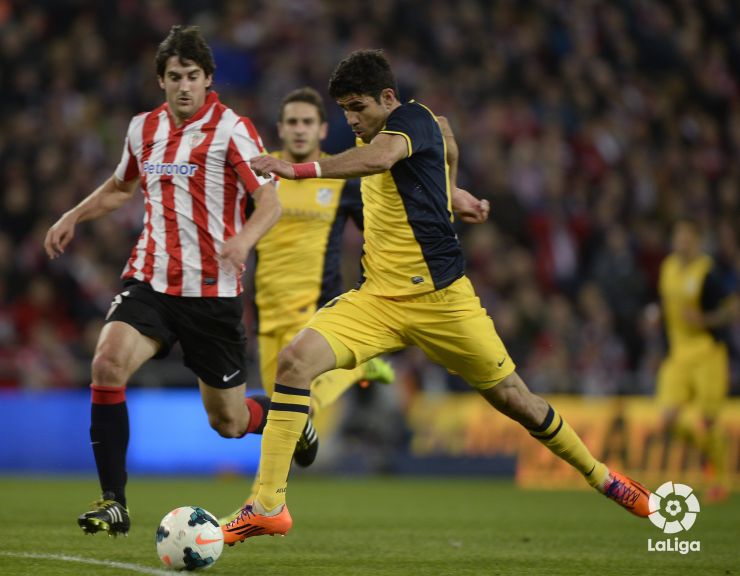 Atlético, Barcelona and Real Madrid didn’t slip up in round 31 and maintain their respective positions in the table: Celta ended Sevilla’s run of six wins.

The last Saturday of March was an exciting one. Club Atlético de Madrid, FC Barcelona and Real Madrid CF didn’t let up and keep their fingers firmly on the pulse in the title race in Liga BBVA. Also, RC Celta de Vigo recorded an important win thanks to Nolito late on, denting Sevilla’s European aspirations.

The Catalan derby between RCD Espanyol and FC Barcelona kicked off round 31 of Liga BBVA fixtures. The tie was even throughout, and was decided by a Lionel Messi penalty which saw Gerardo Martino’s side cement second. Javier Aguirre’s side were full of intensity but they weren’t able to make their opportunities in front of Pinto’s goal count.

Sevilla couldn’t extend their unbeaten run, losing at the Estadio de Valaídos 1-0 thanks to a Nolito penalty. The equality was ended in the second half when Celta scored a penalty to move them up to a safer part of the table.

One of the round’s standout fixtures was played out at the Estadio de San Mamés. Atlético once again won at the Basque ground (they did so this season in the Copa del Rey) and became only the second side to take the points there this season. Iker Muniain put Athletic ahead, but Diego Costa and Koke completed the comeback for Diego Pablo Simeone’s league leaders.

Saturday finished at the Santiago Bernabéu with a Real Madrid goalfest against Rayo Vallecano. Cristiano Ronaldo, Dani Carvajal, Gareth Bale (two) and Álvaro Morata scored for Carlo Ancelotti’s side. Paco Jémez’s men, loyal to their style, created opportunities in the first half, but following the break they were outclassed by the third placed side in Liga BBVA.