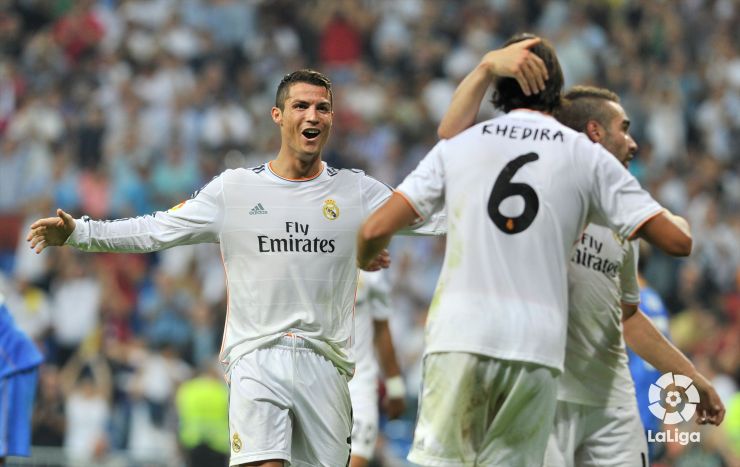 Four of the players who won the Champions League with Real Madrid will meet in the closest Germany – Portugal clash in recent years.

From Lisbon to Salvador de Bahía in just three weeks, Sami Khedira, Pepe, Fábio Coentrão and Cristiano Ronaldo have had a whirlwind end to the season. The four Real Madrid teammates, and now FIFA World Cup rivals, have gone from winning the UEFA Champions League to battling it out for the coveted golden trophy in less than a month.

Destiny has it that four of the stars who light up the Liga de Fútbol Profesional every week will be in the opening Group G clash. After conquering Europe with an extra-time victory over Club Atlético de Madrid, they will now meet one another in their national teams’ first match. The world awaits.

Khedira will pull the Mannschaft strings from the midfield, while the three Portuguese players will be plying their craft in various areas of the side managed by Paulo Bento as they bid to match the standard of the 2004 Portugal team. Pepe’s reliability will bolster the defence as Coentrão helps bring the best out of Cristiano with his wont to go forward against a German side that has high hopes of going far in this World Cup.

Although the German midfielder missed a large part of the season with a serious injury, his national coach, Joachim Löw, expects the experience and strength of Khedira to shine through at the biggest tournament of them all. Just like his other three teammates, whose availability has also been in doubt. A match of this calibre, packed with highly-decorated stars, looks more like a semi-final on paper.

After a perfect end to a season in which the four players left their mark in the Liga BBVA and won the Décima, Khedira, Pepe, Coentrão and Cristiano now want to cap off the season with a brilliant performance at one of the most special World Cups a footballer could play in. Four European Champions are bidding to become, no more, no less, the champions of the World.