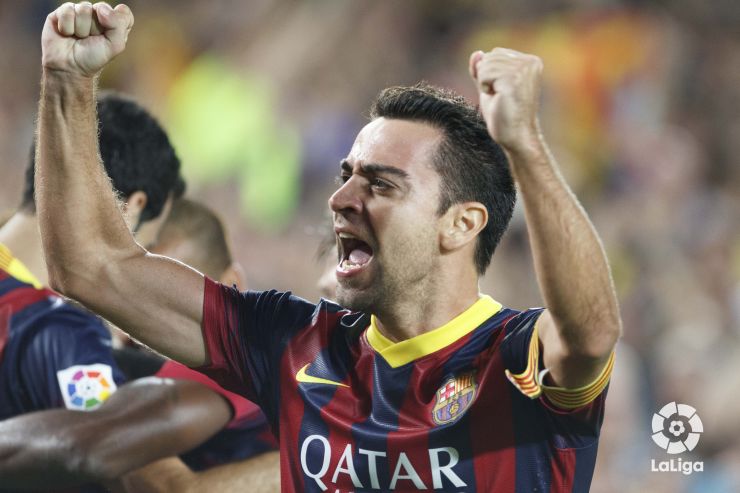 Barcelona's Spanish central midfielder made his 700th appearance in the side's shirt in the Copa game against Getafe.

The name Xavi Hernández is synonymous with one Liga BBVA club: FC Barcelona. The Catalan central midfielder has become an iconic figure in the competition and within Spanish football ever since his first team debut in 1998. Since then he has gone on to win a multitude of titles in his professional career.

One of the personal milestones reached during his time with the club was achieved against Getafe CF in the fourth round second leg of the Copa del Rey, as he came off the substitutes bench to make his 700th appearance for Barcelona in all competitions.

In 2011 the Terrassa-born player overtook Migueli as the player who has made the most competitive appearances for the blaugrana, and has now racked up 459 Liga BBVA appearances, 143 in the UEFA Champions League, 63 in the Copa del Rey, 14 in the Supercopa de España, 13 in the UEFA Cup, five in the FIFA World Club Championship and three in the UEFA Supercup.

During his 16 years in Barcelona's first team, Xavi has won 22 titles, and no other player from the club’s history can match this figure. The Barça number '6' has won seven Ligas, three Champions Leagues, two Copa del Reys, two UEFA Supercups and two World Club Championships. Also, the Spanish central midfielder has won the FIFA World Cup and two UEFA European Championships with his national side.

He has averaged an incredible 43.75 games per season in his professional career with the current Liga BBVA leaders.