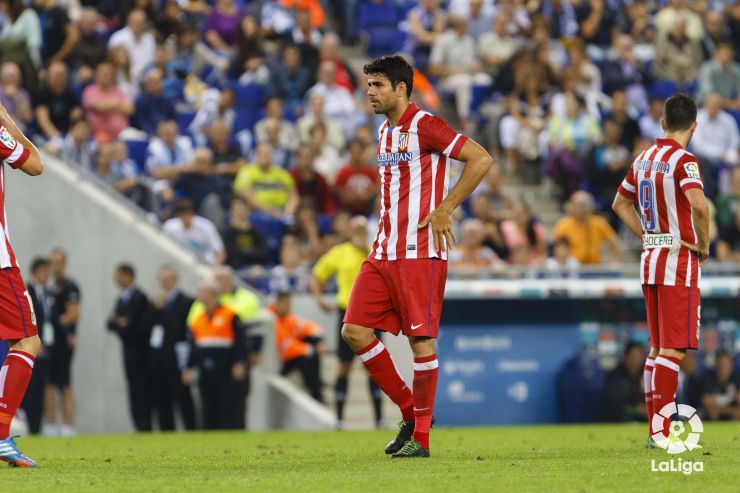 The side coached by Javier Aguirre put an end to the Red and Whites' run of victories and returned to the winner's circle.

RCD Espanyol returned to the winner's circle with a 1-0 victory over Club Atlético de Madrid in the Cornellà-El Prat. Also, the Catalonian outfit put an end to the Madrid side's run of eight consecutive victories, leaving the team in second place in the Liga BBVA, one point behind FC Barcelona.

The tone of the first half was set by solid defending from both sides. Only Koke, for Atlético, managed to get a shot in which hit the post of the goal kept by Kiko Casilla at the end of the first half.

After the restart, the home team stepped up the pace. First came Manu Lanzarote forcing two great stops from Thibaut Courtois, before Héctor Fuentes sent a cross from the left which ended up in the Red and Whites' net with a little help from the Belgian keeper. After the goal, Diego Simeone, the away team's coach, brought out the big guns in search of the draw, however, his team ended up giving away three points.