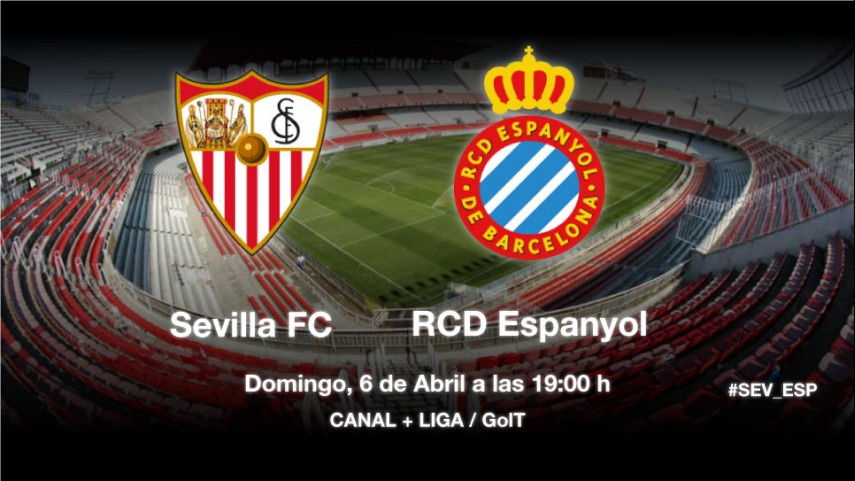 The Catalan team visit the Sanchez-Pizjuán aiming to come away with three points, a feat that nobody has achieved since Barcelona's 1-4 victory.

The Seville side come into the match off the back of losing to RC Celta de Vigo in a game that ended a run of five victories, wins that have put them among the European spots.

They now host the Catalan side aiming to move closer to the UEFA Champions League places, from which they are six points adrift. The Seville coach, Unai Emery, will be without midfielders Sebastián Cristóforo and Denis Chéryshev. Emery himself warned of Espanyol’s qualities: "They're very intense opponents; you can see what Aguirre instils in them: maximum competitiveness".

The Mexican manager's side visit Seville with a number of absentees, leaving the Catalan team’s starting eleven somewhat weakened. Goalkeeper Kiko Casilla was sent off in the last match against FC Barcelona, ​​while defender Diego Colotto and midfielder Víctor Sánchez will be absent through suspension. Centre-back Héctor Moreno will also be unavailable due to back problems.

The blanquiazules, in the safe zone in the table, will fight to move closer to sixth place, defended by their opponents on Sunday with a gap of ten points. Aguirre, despite the absences, is optimistic: "We have players who are unavailable, but we also have a great deal of enthusiasm because there are a lot of footballers with a desire to play and play well".