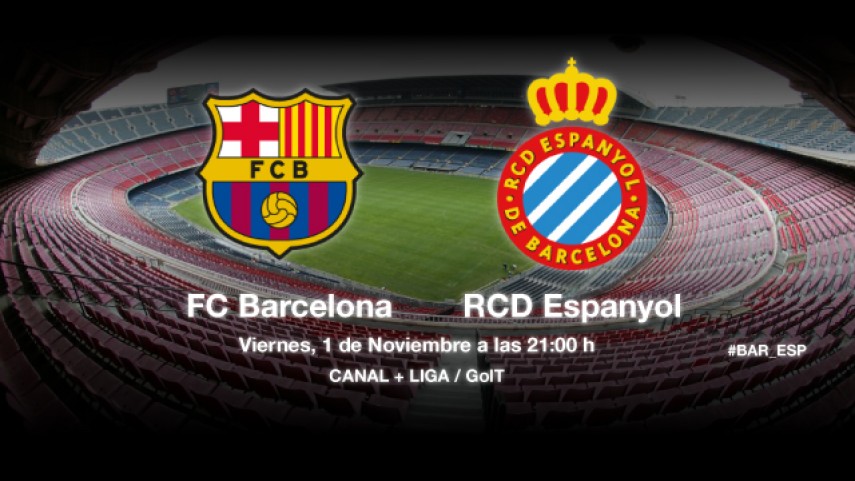 FC Barcelona and RCD Espanyol will go head to head at the Camp Nou in the first game of the 12th round of Liga BBVA fixtures. The visitors, who are looking for their first win against their city neighbours in five years, will try to end Barcelona’s good start to the season.

The home side, who have a full squad of players available for the tie, go into the match on the back of victories against Real Madrid CF and RC Celta de Vigo. Sergi Roberto is the standout new name in Gerardo Martino’s squad, which also contains Neymar, Lionel Messi and Alexis Sánchez. “For us it’s a very important game, we play to be league leaders”, affirmed the Argentine, who will celebrate 100 days in charge at the Camp Nou on Saturday.

For their part, attackers Christian Stuani and Pizzi aren’t in the away team’s squad, meanwhile new names include Raúl Rodríguez, who missed out against Málaga CF, Torje, Sergio Tejera and Álex. “We’re convinced there will be opportunities, because we’re a very competitive team. We want to play the best game possible, and if we can, take the three points”, said Aguirre.