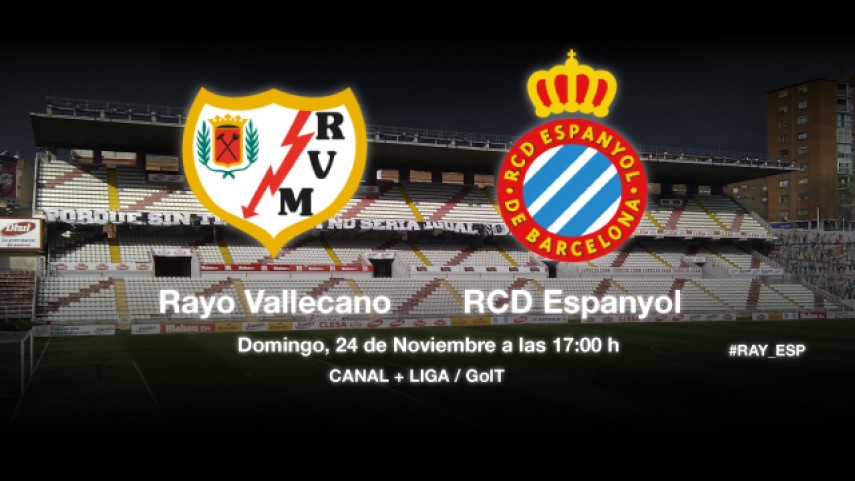 Espanyol looks to bounce back in Vallecas

Rayo will look to beat Espanyol in order to climb out of the danger zone.

Matchday 14 of the Liga BBVA will bear witness to a clash between two teams with very different objectives. Rayo Vallecano plays host to an Espanyol side looking to reacquaint itself with winning ways after going five games without a victory.

Paco Jémez will have a few new faces to choose from ahead of the Espanyol encounter. Leonel Galeano, who has missed the last five games, and Adrián González both return to the squad. Another player making his way into the squad is Mario Gómez, a youth team defender, who could make his Liga BBVA debut on Sunday. Jémez spoke of the danger posed by Espanyol in his pre-match press conference. "It is a difficult team to break down, they’re compact and play as a unit".

Espanyol, meanwhile, are in desperate need of a win after going five matches without one. The big news for the Catalans is the return of Víctor Álvarez, who underwent heart surgery last season and could feature in Vallecas. Also available for selection are David López, Sergio Tejera, Christian Stuani and Andrei Gabriel Torje. However, Víctor Sánchez will have to sit this match out due to suspension. The team’s coach Javier Aguirre declared that "each match is a war" and that "we can’t give Rayo time to think". The Mexican also spoke of the importance of "playing with intensity and making the opposition uncomfortable in possession".