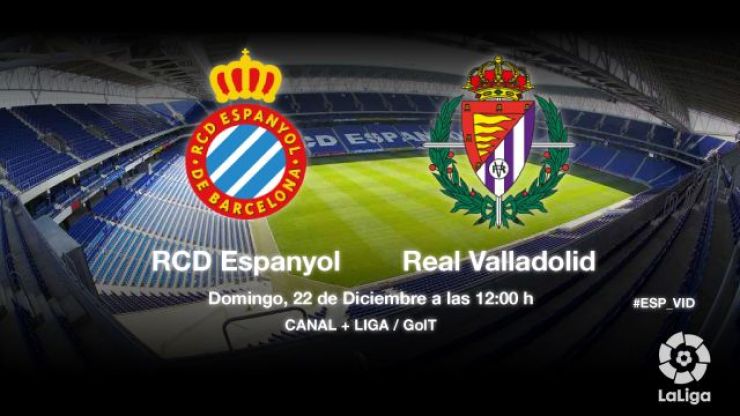 Espanyol looking to put distance between the sides

Javier Aguirre's side will try to defeat Valladolid, a result which would put them four points ahead of their opponent in the Liga BBVA table.

RCD Espanyol and Real Valladolid CF will both be confident of finishing 2013 with a win in Liga BBVA which would allow them to have a happy Christmas.

The Catalan side, who have lost their last two games at home, could potentially finish the year well clear of the relegation places, should they take all three points against Valladolid, who they would then hold a four point advantage over. "We're confident. I hope we can win and achieve it playing well. We're taking on an opponent with good players", said the Mexican Javier Aguirre, who has left Joan Capdevilla, Sidnei and Pizzi out of his matchday squad.

Meanwhile Valladolid, who on Monday rediscovered their winning touch after fives games without a victory in Liga BBVA, will be hoping Javi Guerra's goal scoring run can continue and help them secure an important victory. "The game against Espanyol is a final. We want to finish the year with a good taste in our mouth. Espanyol are a team of warriors who are intense and they can easily create openings. We have to keep our concentration," said Valladolid coach Juan Ignacio Martínez.