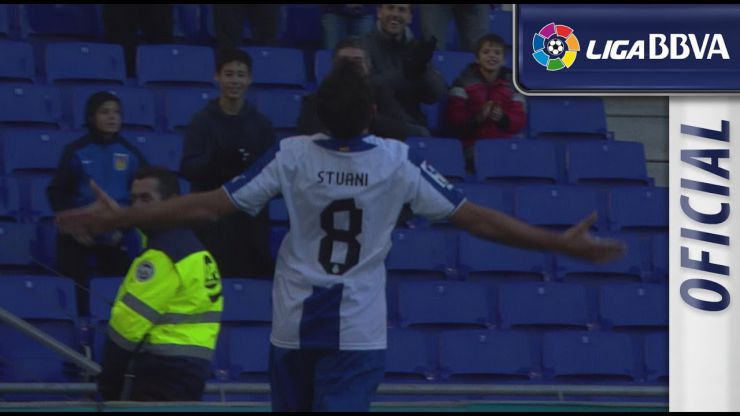 Espanyol finish the year on the up

A penalty from Sergio García, a double from Stuani and a Víctor Sánchez strike gave the winners the spoils, helping them maintain their place in mid-table.

RCD Espanyol finished the year in the best way possible, downing Real Valladolid 4-2 in the 17th round of Liga BBVA fixtures. The home side sit comfortably in mid-table, whilst the visitors will anxiously await the results of CA Osasuna and Rayo Vallecano to see whether or not they finish 2013 in the relegation zone.

An early goal always meant things were going to be difficult for the visitors, despite the fact they had more possession in the first half. It was Sergio García who scored from the penalty spot after a Jesús Rueda foul. Juan Ignacio Martínez's side tried to create opportunities on the counter attack and looked solid in defence, however Christian Stuani doubled the host's advantage before the break.

In the second half, with the scoreline in their favour, Javier Aguirre's side looked comfortable and were able to put on a show for the crowd at the Estadio Cornellà - El Prat with two more goals from Víctor Sánchez and Stuani, who grabbed his second of the game. Valladolid were able to salvage some pride with goals from Javi Guerra and Víctor Pérez to leave the score 4-2 at full time.