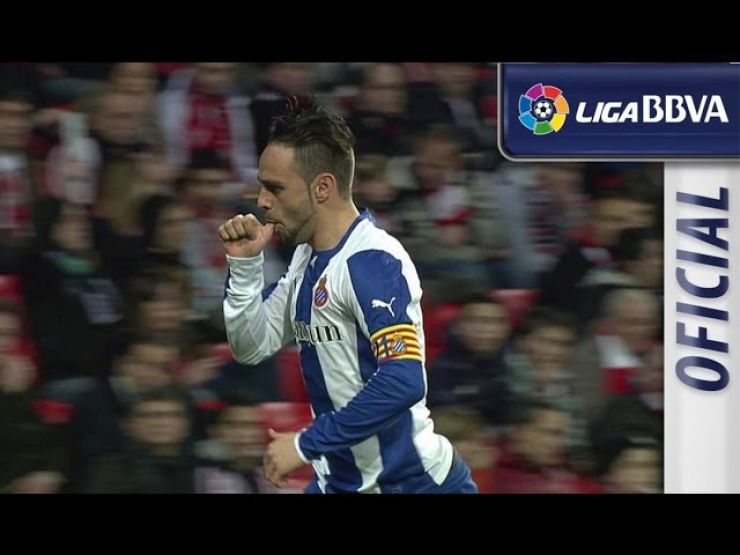 Sergio García put the visitors in front before Gurpegi levelled, but Colotto gave victory to the Catalonians.

RCD Espanyol beat Athletic Club 1-2 on matchday 24 of the Liga BBVA. The Catalonians became the first team to take three points home from the new San Mamés in the league. Despite the defeat, Ernesto Valverde's team remain in fourth place in the table.

In a high-octane first half, Espanyol went ahead through a Sergio García goal that gave the visitors an early confidence boost. The Basques responded with two headers from Aritz Aduriz, who hit the post, and Mikel Rico who forced an impressive save from Kiko Casilla. The Catalans continued to dominate the match and could have scored the second after a great team move, but Christian Stuani's effort crashed into the post before the break.

After the restart, Bilbao got back into the match and Carlos Gurpegi equalised. But the rojiblancos were not celebrating for long as Diego Colotto made it 1-2 to end Athletic's unbeaten Liga BBVA record in the San Mamés.