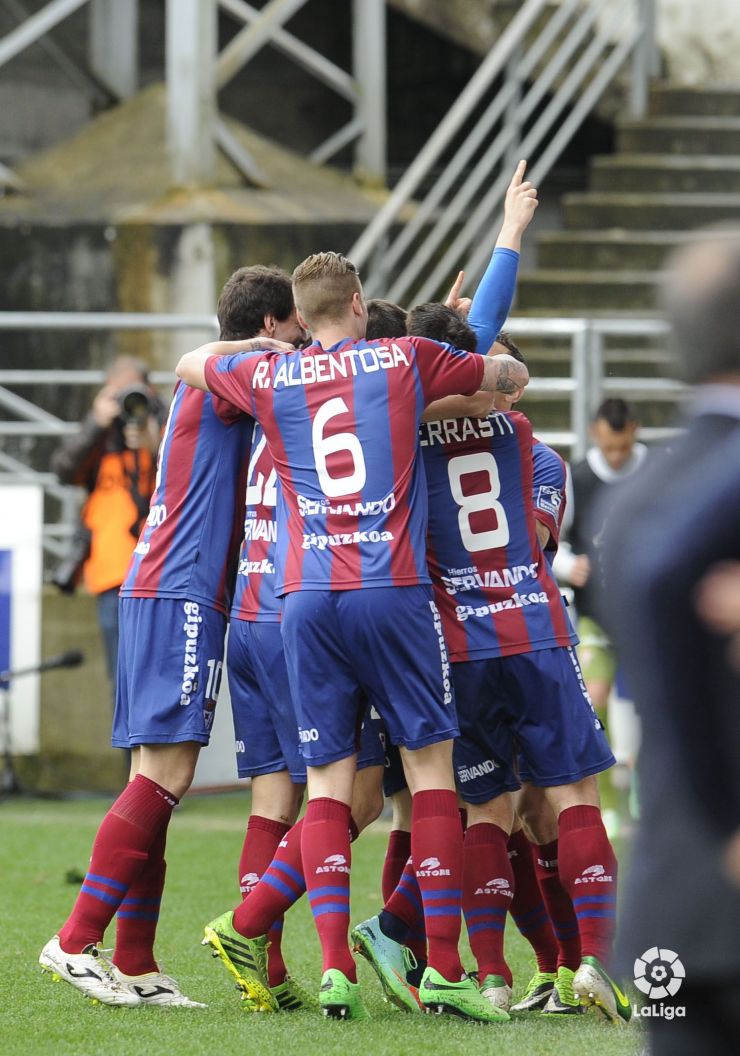 The only Eibar native in the Liga Adelante’s first-placed squad speaks with LFP.es and analyses the side’s good form.

SD Eibar currently lead the Liga Adelante with 50 points and have gone unbeaten in the last eight matches, during which time they have only conceded one goal. They have conceded the least amount of the goals and, along with Deportivo de la Coruña, have won the most amount of games in the division. This is the perfect moment to analyse the Basque side, and who better than Jon Errasti (6th of June 1988), the only Eibar native in Gaizka Garitano’s squad, to speak with us? The midfielder talks to LFP.es and tells us about his love for the Claret and Blues.

With Mikel Arruabarrena being the team’s top scorer with seven goals, it is the defence that is grabbing most of the attention in the Ipurua Municipal Stadium. "Historically it has always been a tough ground to play in. We have picked up four victories in a row in Ipurua and that has made us a more competitive side. It is important that a team be very, very good at home. And lately we have managed to be solid in our stadium", attests Errasti, who after beginning with Eibar moved to Zubieta to continue his professional development with Real Sociedad. He returned to his native city during the summer of 2012 to join up with the Claret and Blues again, gained promotion with them to the Liga Adelante last summer and is now full of enthusiasm as the team sits on top of the league table.

"We are well aware that we only just got promoted and our aim is to avoid relegation first and foremost. We already have the 50 points, which you need to stay up these days. Now are goal is to give our fans something to really cheer about. We are full of enthusiasm. There are 13 games to go and the city, the team and the fans are all excited. We’ll see what happens", the midfielder who has started 18 of the side’s 23 matches tells us.

Gaizka Garitano, a former Eibar player, is the man controlling things from the bench and his understanding of the Basque side’s dressing room is an essential component to the team’s success, but that’s not all he brings to the table. "He’s a young coach, but his commitment and ambition are incredible. He gets his points across really well, he has an extremely competitive personality and all that helps to make the team more complete".

For a home-grown player, being able to help your team towards possible promotion to the Liga BBVA for the first time is indescribable, and Errasti knows full well that he is on cloud nine. "When the team is playing well and you are also doing well, nothing bad happens. I’m living a dream by playing for my city’s team. I never would have thought this could ever happen. I try improve each day and learn with an eye to the future".

As well as the possibility of experiencing an historic promotion, Errasti also has a monkey to get off his back since joining the Basque outfit (72 matches without scoring): "It would be amazing to score a goal. The ball never seems to fall for me for a goal scoring opportunity, that must be it [laughs]. At the end of the day everyone knows their role in the team and if between now and the end of the season I can be of help, then that would be great. It wouldn’t bother me if I didn’t score a single goal and at the end of the season we got promoted".