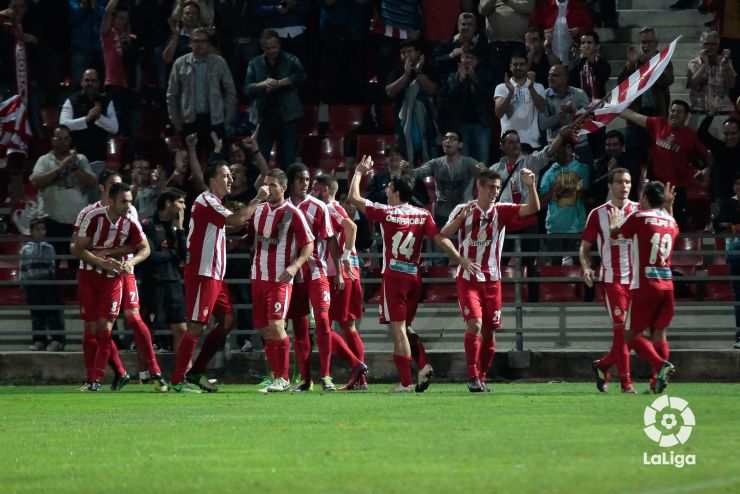 With the exception of league leaders Recreativo, there are only five points separating the side in second from the team in sixteenth after ten games

The 22 teams from Liga Adelante have now all played ten games each, and there is little to separate the majority of the teams in the league.

On Saturday league leaders RC Recreativo de Huelva had to wait until injury time to salvage a point against CD Lugo and maintain their six point advantage over third place, a promotion playoff spot currently occupied by Lugo.

Also on Saturday, Córdoba CF ended their run of two consecutive defeats by downing CE Sabadell FC, whilst CD Tenerife secured their first away win of the campaign at SD Ponferradina. FC Barcelona B became the first away side to win at Estadio de Mendizorroza against Deportivo Alavés this season.

On Sunday, second placed Real Murcia CF, who played the majority of the match with only ten men, drew against UD Las Palmas. For their part, RCD Mallorca won their fifth game from the last six after triumphing over Real Madrid Castilla. Meanwhile SD Eibar, Real Jaén CF and Girona FC all secured valuable wins.

Finally, in the weekend’s big game RC Deportivo de La Coruña and Real Zaragoza played out a draw, as did Hércules CF versus CD Numancia.