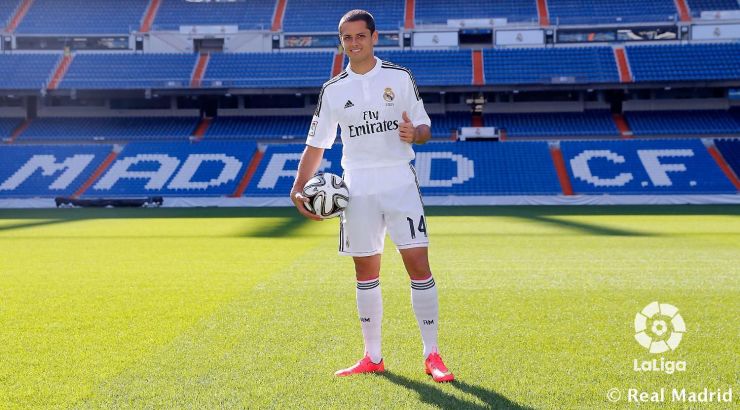 Álvaro Negredo, Dejan Lekić, Hélder Postiga and Alessio Cerci are a few of the new faces who will be seen in the Spanish topflight during the 2014/15 season.

The passionate to and fro of the transfer market has come to an end. As happens every year, some clubs have waited until the last minute to bring players to their team and create a solid squad for the 2014/15 season, which is already underway.

Valencia CF was the most active club in the final instants of the period of transfers with the signing of Spanish forward Álvaro Negredo, who now returns to the Spanish topflight with the number 7 on his back. The current Liga BBVA champions, Atlético de Madrid, were equally lucky as they made away with the Italian Alessio Cerci and striker Raúl Jiménez.

The final day also brought with it the transfer of striker Javier 'Chicharito' Hernández to Real Madrid, which, together with the signing of James Rodríguez, has had a great impact on the Latin American market.

Rayo Vallecano and RC Deportivo de La Coruña have also brought in a number of players to add steel to their teams.  In the last 24 hours, the teams from Vallecas and Galicia have signed three players each to help them in their challenge of keeping their respective places in the Liga BBVA. Fatau, Emiliano Insua and Toño will do battle for the Franjirrojos this season, while the Riazor will be able to enjoy Hélder Postiga, Juanfran Moreno, and defender Sidnei all year.

Each year, the Liga BBVA brings together the best players in the world, and it has not disappointed this time around with the signing of Uruguayan player Luis Suárez to FC Barcelona. The Liverpool forward, after one of the best seasons of his career with the English side, will now delight fans as part of the trio formed with Neymar Jr. and Lionel Messi.

The Asian market has also taken huge strides and thanks to the transfer of Thai Teerasil Dangda, it has reached Spanish shores.  UD Almería are already reaping the rewards of their exotic player, who was one of the most popular players on the LFP World Challenge Tour the Andalusian side made of the Asian country, all thanks to the transfer from Muangthong United FC.

With these newcomers, the Liga de Fútbol Profesional can look forward to one of the best seasons in its history. Numerous movements have breathed new life into all the teams to help them shine in the 2014/15 season, maintaining its status as one of the best championships in the world.