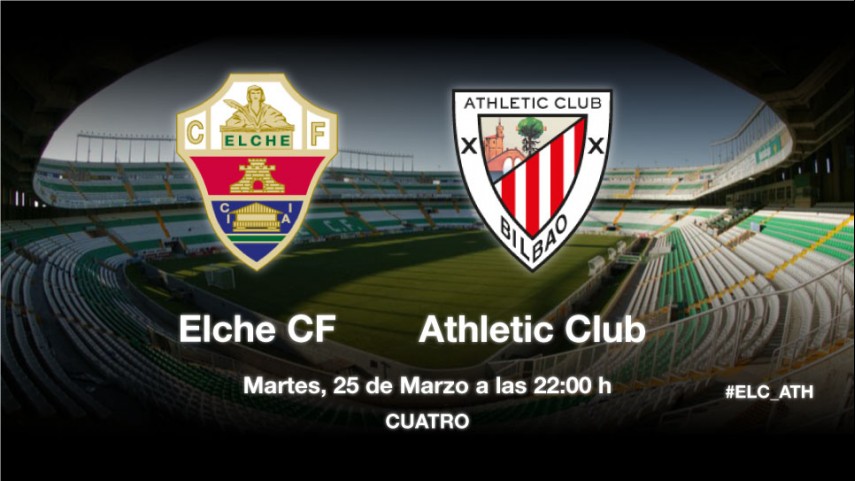 Elche test the strength of Athletic

The Basque side come to the Martínez Valero after five matches unbeaten and lying in fourth place in the Liga BBVA.

Elche CF host Athletic Club on matchday 30 of the Liga BBVA. The franjiverdes are looking to get out of a rut after three matches without a win, but they are well aware of the challenge posed by an opponent who are looking to strengthen their fourth position in the table.

The home team will have to work hard for victory if they want to move towards the peace of mind offered by the middle of the table, they are currently only two points above the relegation zone. Its coach, Fran Escribá, is confident of his team’s chances: "We have to come out with the same intensity as our last game. I am sure that with the help of our fans and playing our best football we are capable of beating Athletic". To do so, the Valencian manager will be without the injured Edu Albacar, Álvaro Giménez and Aarón Níguez and the suspended Cristian Săpunaru.

For their part, the rojiblancos have not been beaten for five matches and will be hoping to keep their bid for UEFA Champions League football on track. "The players are excited because we are playing well, but there is still a long way to go", stated an Ernesto Valverde who is approaching the game with caution. "Teams from the top have struggled to get points there". In addition, the Basque outfit will be without the recently injured Carlos Gurpegi for the match, which takes place on Tuesday at 22:00.