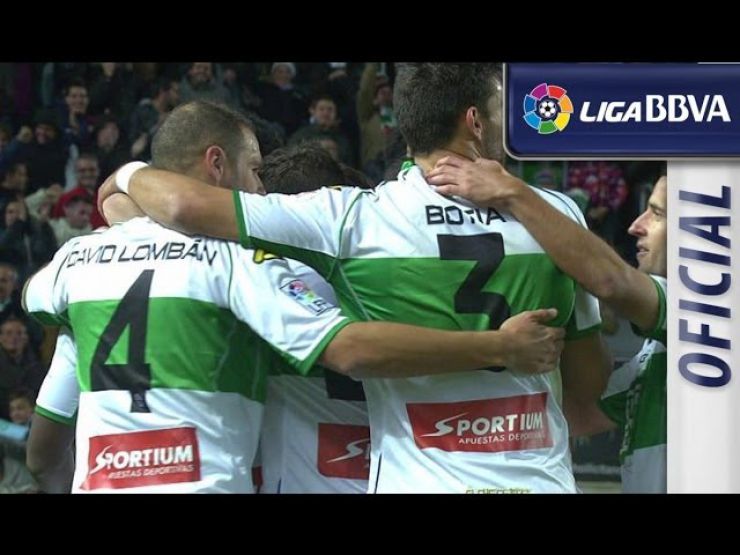 Valencia had managed to cancel out Fidel's opener through Benat, but Elche took the spoils in the last few minutes.

Valencia started the stronger and dominated the opening stages, creating several opportunities that would have given them the lead. The clearest of which was when Ricardo Costa missed a one on one opportunity with the home side's goalkeeper. Dorlan Pabón also tested out the Elche stopper to no avail and the sides went in 0-0 at half time.

In their first real attack of the second half, Fidel Chaves met Edu Albácar's cross with a fine header to put his side in front. Miroslav Djukić's side carried on dominating possession, and Juan Bernat levelled things up at 1-1 to give the away side belief. However in an end to end final few minutes, Cristian Herrera scored to make it 2-1 and give all three points to the home side.