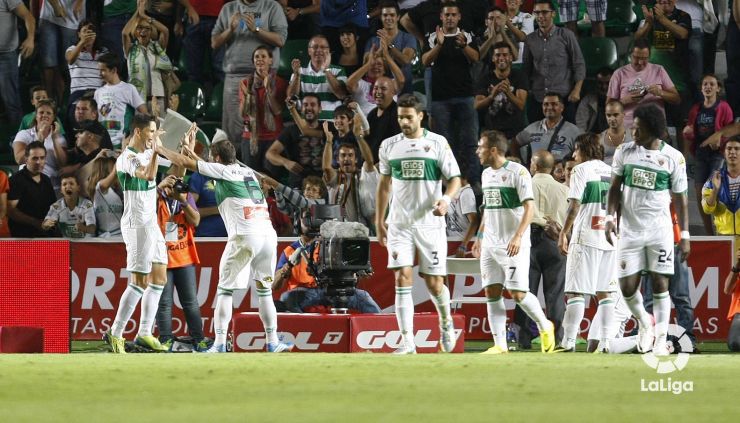 The team from Alicante achieved its first Liga BBVA victory with a 1-0 win over Celta.

Elche CF took its first Liga BBVA victory for 9,050 days thanks to its 1-0 win over RC Celta de Vigo in its seventh match of the 2013/14 season. Javi Márquez's goal provided the long-awaited victory to the Alicante outfit which returned to the Spanish top flight this season.

The last time Elche recorded a Primera División victory was against Real Murcia CF, with a resounding 3-0 thanks to a brace from Luis Saavedra and a goal from Pedro Pablo. That season (1988/89) was the team's last among the elite of Spanish football, when it only accumulated 15 points and won four matches.

Having topped the Liga Adelante table last season, Elche returned to the Liga BBVA keen to establish its place there and take on some of its great teams. This season the team coached by Fran Escribá has six points as the result of three draws and one win, which came against Celta.

Despite the results, the team has performed well in all of its matches, including the one against Real Madrid CF in the Martínez Valero stadium, when they let the match slip in the dying minutes.