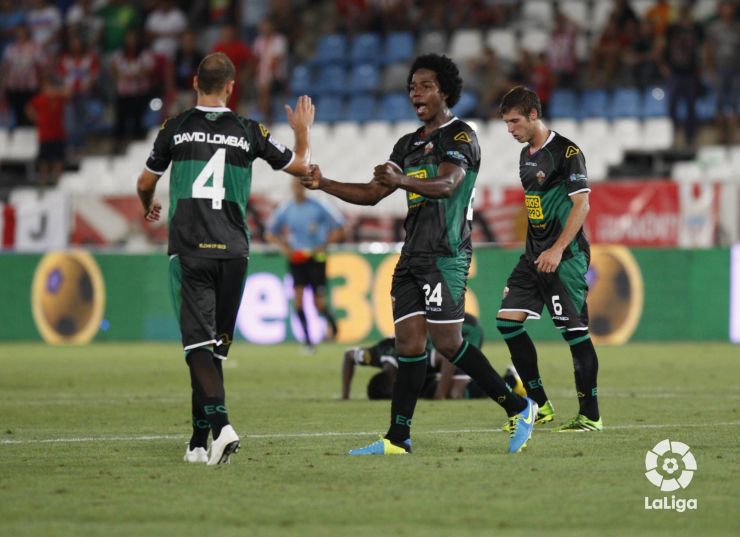 Elche on the up

After a bad start to the Liga BBVA, the side from Alicante now has three consecutive league victories under its belt, the last coming against Betis.

Elche CF took 24 years to return to the Liga BBVA, but now that it is there it is proving to be one of the year's sensations.

Winning last season's Liga Adelante was, without doubt, a great motivator for the side managed by Fran Escribá, which after nine league matches is currently ninth in the table and just two points from the European spots.

To reach the middle of the table, which has been very tight early this season, Elche has had to win its last three ties, a feat which the team has not achieved in the league since December 1973, when Roque Olsen was the outfit's coach.

Its latest victory came on Sunday in the Estadio Benito Villamarín thanks to goals from Manu del Moral and Fidel Chaves, a notable win for the club as it had only previously won once in 14 visits to the Andalusian club in the Liga BBVA, a 2-3 in February 1963, losing its last five.

The team from Alicante got off to a bad start to the season, with three defeats and three draws from the first six games, but after a good performance against Real Madrid CF on matchday six (losing 1-2 in the last minute), Elche began to turn things round thanks to victories over RC Celta de Vigo (0-1), RCD Espanyol (2-1) and its latest on Sunday's visit to Seville (1-2).