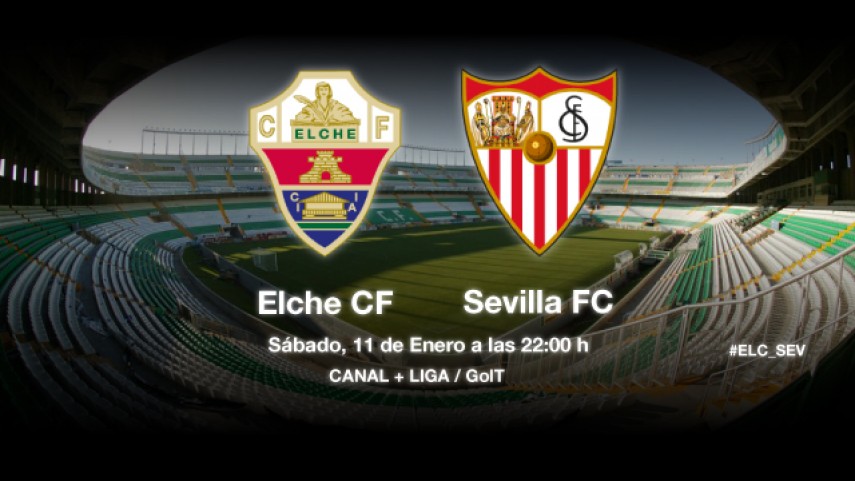 The Valencia outfit will be looking to put an end to the Andalusian side's good run of form during the matchday 19 clash.

Closing Saturday's action in the Liga BBVA is the match between Elche CF and Sevilla FC. This match will be characterised by both teams’ current run of form. The Valencia outfit is looking to reacquaint itself with winning ways after going four matches without picking up a single point, while the Seville side will be hoping to keep its hot streak alive in order to stay in the hunt for a European place.

In his pre-match press conference, Fran Escribá, the home team's coach, gave a glimpse as to what his team will be trying to do against Sevilla: "This is the perfect match to change our poor run of form". The Valencian side’s coach also praised Sevilla as "one of the best teams in Spain, a very complete team with a lot of physical presence".

Meanwhile, Nico Pareja in defence, Alberto Moreno at left back and Vicente Iborra in centre midfield, are the latest to join Unai Emery’s squad. "This is the hardest stage [of the season], when we have to maintain our level and keep on the right path while staying strong and true to ourselves", the Sevilla coach declared in his pre-match press conference.