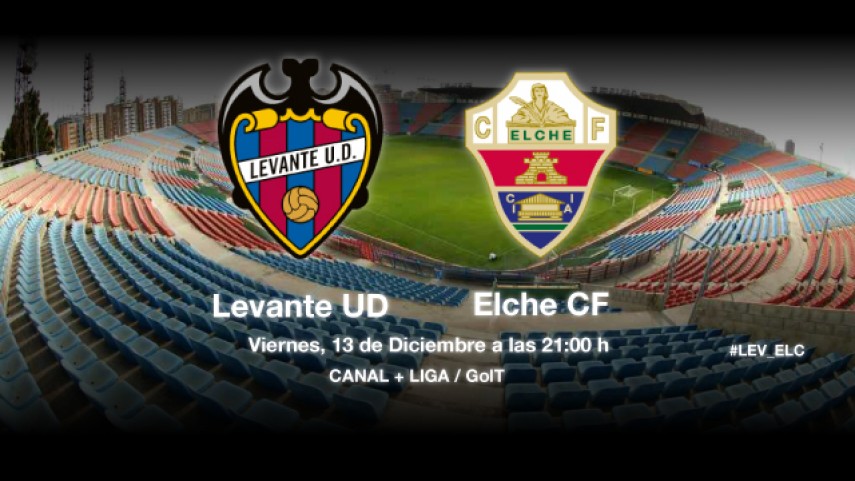 The team from the province of Alicante visit the city of the Turia to take on the granotas, who have only scored one goal in their last five Liga BBVA matches.

Levante UD host Elche CF in the opening game of Liga BBVA matchday sixteen. The granotas will be looking to get back on track and end a run of four consecutive ties without a win.

To do so, their coach Joaquín Caparros will have a full arsenal at his disposal, with the exception of David Navarro and centre-back Héctor Rodas, who is out with an injury. Striker Babá Diawará is back in the fold and he is joined by Keylor Navas, whose return could prove vital. The keeper from Costa Rica will be back between the sticks after serving a one-match ban.

Caparros stated before the match that he believes the key to victory lies in his team's efficiency: "We have to be confident, clinical and savvy in front of goal and we cannot make defensive errors".

But Elche are not about to make it easy for them. The Alicante team visit the Ciutat de València fully intent on clinching a victory in front of their home fans and finishing the year in the top half of the table. "It would be very positive to get a win before the Christmas break. We should try to seal some points in order to consolidate on our progress", said the team's manager, Fran Escribá, who will be without Manu del Moral and David Lombán, while Carles Gil and Javi Márquez will be back for the match.

After several seasons in the Liga Adelante, Levante and Elche meet in the Liga BBVA again after nearly half a century. The last time they did so was in the 64/65 season, in the old Estadio de Vallejo, when the Alicante side took the spoils (0-2).