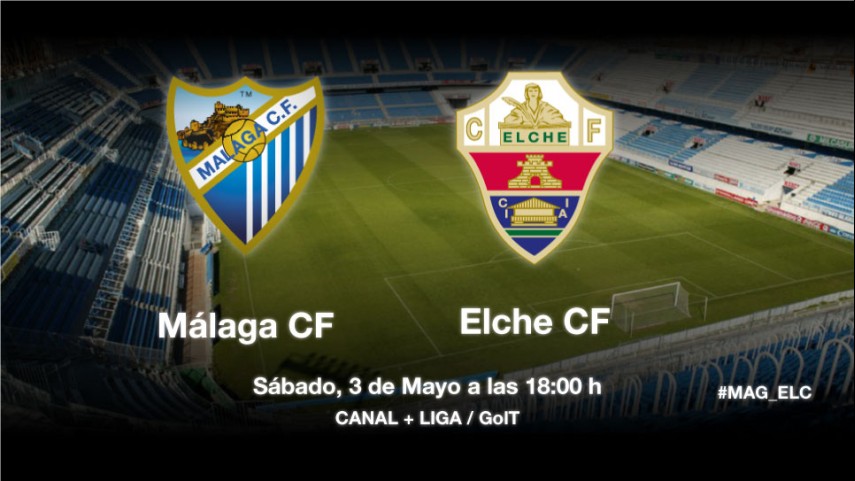 The Alicante outfit will be looking to take a step towards safety against a Málaga side hoping to shore things up mathematically.

Málaga and Elche will meet on Saturday for one of the weekend's Liga BBVA matchday 36 clashes.

The Andalusians, who have already racked up 41 points, will be looking to mathematically secure their place in the division for next season and ensure that the last few matches are stress free. "After all we have been through this year, we have picked up the points needed to breathe a lot easier and on Saturday we'll be hoping to finish off the job", the Málaga captain, Duda, declared. Bernd Schuster will be without Marcos Angeleri and Nordin Amrabat, who are both suspended.

They'll be up against an Elche side ready to fight tooth and nail for a win that would move them closer to safety. Despite only picked up two wins on the road this season and sitting just three points above the drop zone, the Alicante team's manager, Fran Escribá, seemed optimistic on the eve of the game. "We're coming into this match on the back of some good performances. We can't concern ourselves with other teams and we’re convinced we'll win". Manu del Moral and Aarón Ñíguez are both injured and therefore will not be part of the squad for this encounter.