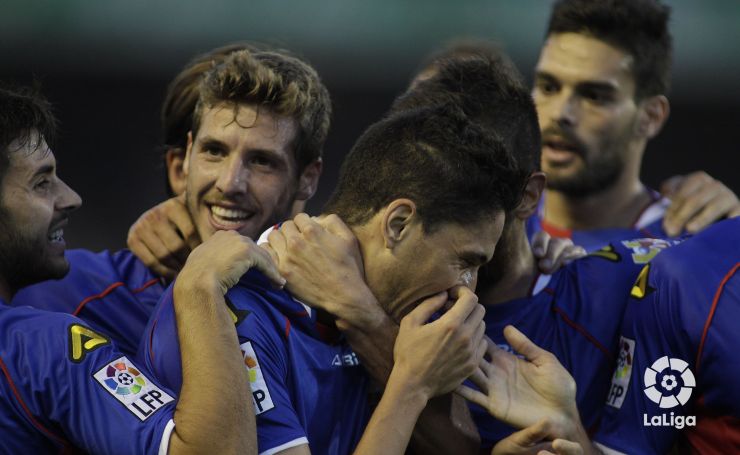 Elche carry on their run

Manu Del Moral and Fidel got the goals for the visitors, whilst Jorge Molina gave Betis hope, however they were unable to secure the draw.

Elche CF made it three wins in a row after winning at the Benito Villamarín in the ninth round of Liga BBVA matches. Real Betis Balompié, on the other hand, lost their second consecutive game, unable to beat an opposition who went down to ten men in the second half.

Elche were excellent in the first half, opening the scoring as Domingo Cisma’s cross found Manu Del Moral. Minutes later, Fidel Chaves doubled the away side’s lead, taking advantage of uncertain defending by the side from Andalusia. Fran Escribá’s side seemed certain winners of the game, however Jorge Molina halved the deficit with a header from Salva Sevilla’s free kick just before the break.

When Cisma was sent off for the visitors, Betis tried to react, and had numerous attempts in order to secure an equaliser. However Manu Herrera was impenetrable in the visitor’s goal, denying Pepe Mel’s side on numerous occasions. Despite being under intense pressure, Elche held on and take the three points back to Alicante.