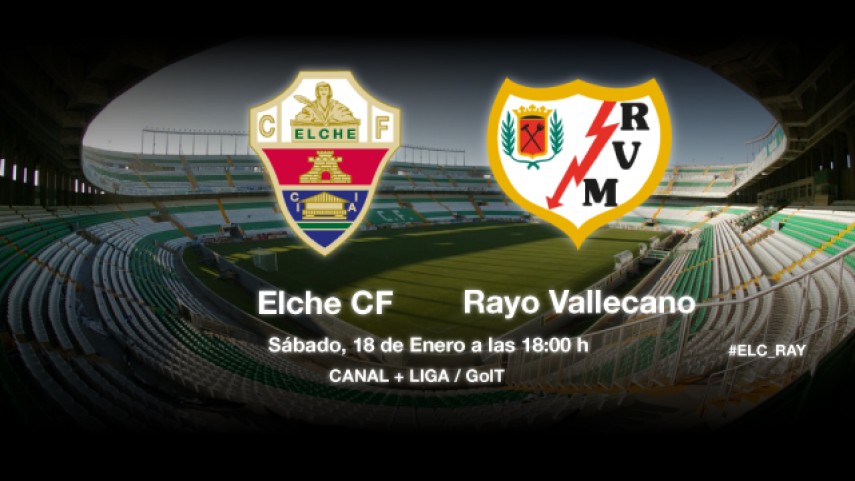 Elche and Rayo need to win.

The Valencian and Madrid sides will face off in Liga BBVA with both teams in need of points to start the second half of the season well.

Rayo Vallecano will be looking to produce their best football in the 20th round of Liga BBVA fixtures when they visit the Estadio Martínez Valero to take on an Elche CF who will be looking to avenge the 3-0 defeat they suffered on the opening day of the season against the Madrid outfit.

The home side's manager Fran Escribá knows its important for his side to take the three points and start the second half of the season well and move away from the relegation places, saying: "I don't want anything other than a win". The only previous Liga BBVA meeting between the two sides in Alicante came in the 1977/78 season when the home side won 3-0 thanks to goals from Mario Finarolli, Juan Antonio Gómez and Miquel Sitjà.

For his part, Rayo manager Paco Jémez said that their opponents are a different animal than the one that they faced in the first round of games and will look to "back up the result at Getafe with another win. It's an important game". Argentinean forward Joaquín Larrivey is the principal new arrival for the Madrid side as they visit the Martínez Valero.