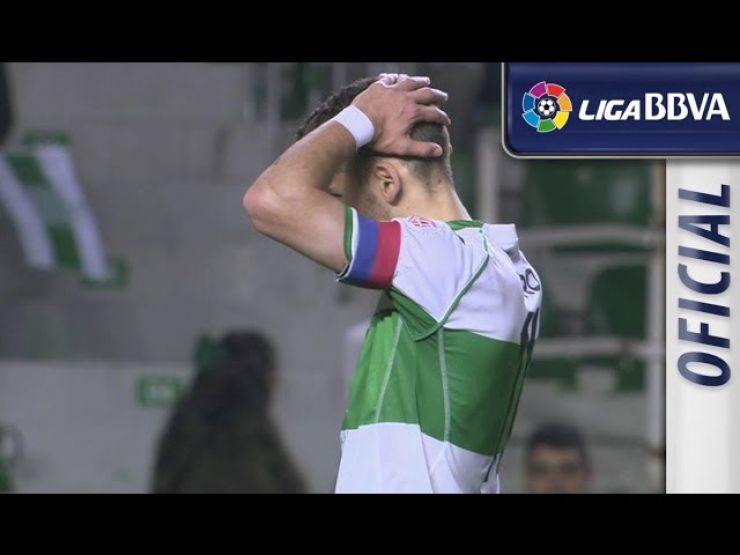 Despite how intense the match was, the sides held each other to a goalless draw and the night ended with the points being shared in the Martínez Valero.

The opening game of matchday 24 in the Liga BBVA ended scoreless between Elche and Osasuna. The lack of goals was the only thing missing from an otherwise exciting encounter full of chances from two sides that both deserved something from the game.

Osasuna, who hadn't played in the Martínez Valero in a quarter of a century, started strong and with the intention of taking all three points back to Pamplona. While both teams created chances during the first half, Javi Gracia's men had the clearest of them all through Oriol Riera, but the striker was unable to find the back of the net.

After the break, Manu del Moral carried the home side on his back and gave Elche a new lease of life. It was the forward who was taken down by Arribas in the area which resulted in the referee pointing to the spot. Coro skied the resulting penalty over the bar however, thus wasting the best chance of the night. With Osasuna short on ideas, Elche became relentless in their pursuit of a goal, but it never came. The two sides had to share the points at full time, which leaves them both mid table.