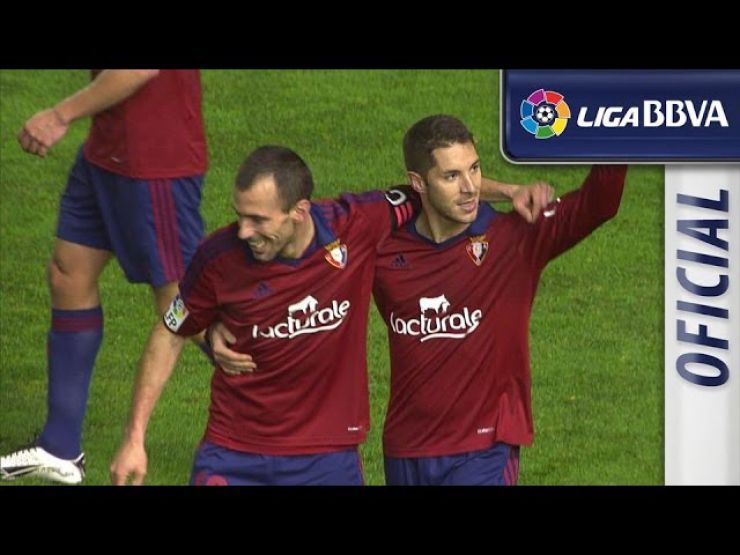 Osasuna, who were without a home victory in over two months, downed Espanyol thanks to a goal from Cejudo.

It was a close win for CA Osasuna, who hadn’t won at the Estadio del Sadar since they defeated Rayo Vallecano on the 30th of October, over RCD Espanyol. The side from Navarra put some breathing space between themselves and the relegation zone, whilst Espanyol will be disappointed not to start 2014 with a win.

Osasuna came into the game knowing they had to win to move clear of the relegation zone against an Espanyol side with Europe in their sights. Despite the even nature in the opening minutes, it was the Basque outfit who took the initiative and looked to test out Kiko Casila in the visitor’s goal. This forced the Catalan side into life, and both Sergio García and Héctor Moreno had chances to open the scoring, however it was to be the home side who nudged themselves ahead when Álvaro Cejudo took advantage of a defensive error.

Following the goal the Catalans maintained their game plan, but the Reds were able to take control of play. Javi Gracia’s side had the game’s best opportunities, whilst Andrés Fernández might have done better for Espanyol. In the final minutes of the match Javier Aguirre flooded the Osasuna area with attackers, however it wasn’t to be, and the points stayed at El Sadar.