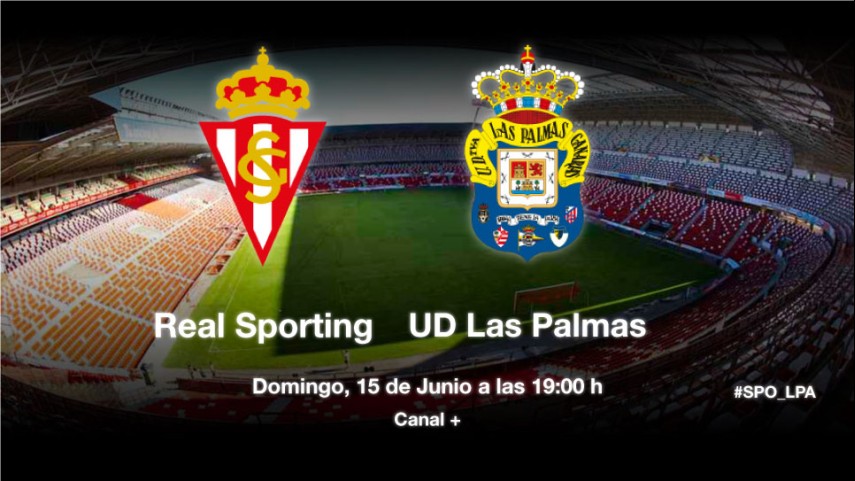 El Molinón, the next stop en route to promotion

Sporting and Las Palmas are looking for a spot in the playoff final, where a place in Liga BBVA will be up for grabs. The Canary Islanders have the advantage thanks to Aranda's first leg goal.

Gijón is ready to host one if its most exciting afternoon's of recent times. Trailing 0-1 against UD Las Palmas from the first leg, Sporting Gijón are obliged to come back in the second leg of their Liga Adelante promotion playoff if they want to stand a chance of playing in Liga BBVA next season.

Abelardo has appealed to the El Molinón crowd to pack out the stadium and get behind his side, and will also be looking to inspire the dressing room: "This Sunday I want those who play to be blowing hard at the end of it. We are playing to carry on, there's no other options", said the home side's boss. He added that "as a footballer I'd love to be playing in this kind of game". Hugo Fraile and Álex Menéndez miss out through injury.

The Canary Islanders hold the advantage thanks to a Carlos Aranda goal, and have no new injury worries ahead of the return leg. Despite this advantage, boss Josico Moreno is taking anything for granted: "I'm expecting the best Sporting. They aren't going to give us anything. We can't think that 1-0 was enough".

Previous results favour Las Palmas, having beaten the Red and Whites in both league fixtures this season (2-3 and 2-1), something Sporting will have to turn around if they are to stand a chance of earning promotion to Spain's top division. Excitement is ensured at El Molinón.