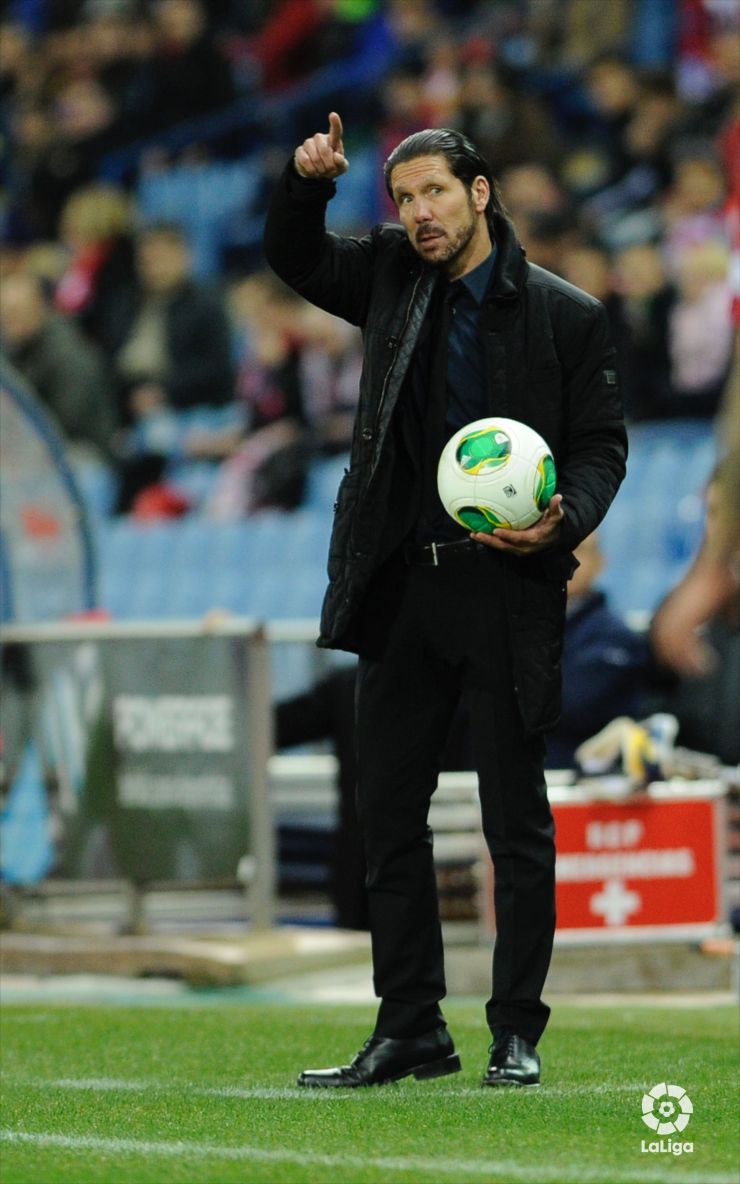 Atlético de Madrid - Sevilla is always a special occasion for Simeone, and Prieto, an old teammate of his at the Andalusian side, tells us how the Argentine was and where he can get to.

Sunday's games in Liga BBVA close with the tie between Club Atlético de Madrid and Sevilla FC, a clásico of football. 19 years ago, Diego Pablo Simeone played his first game with such feeling. After playing for Sevilla FC for two years between 1992 and 1994, he saw it from the other side. Now in the shirt of Club Atlético de Madrid, 'el Cholo' stepped out onto the turf at the Vicente Calderón to play against old friends and teammates: Davor Šuker, Manolo Jiménez, Juan Carlos Unzué, the manager Luis Aragonés and José Miguel Prieto.

Simeone was then aged just 24, and after winning titles in Spain (Liga BBVA 1995/96) and Italy as a player, he made the step into management. To get to know the 'el Cholo' who first arrived in Spain via Serie B, who better to ask than a legend like Prieto, in order to get to know the original Diego Pablo - the one who made his name at the Ramón Sánchez-Pizjuán with 22 springs?

"His arrival at Sevilla was accompanied by that of Bilardo, who asked the president for him. From the first minute Diego found himself happy. He was young and hungry. He started to become the player who later triumphed with Atlético de Madrid and in Italy, but in Sevilla he played to a really high level", said the Andalusian’s former centre back about the arrival of Diego Pablo.

When does the coach start to form in a professional player? With his character, Simeone had shown it from the start. "He was always a player with a lot of character. He was a protégé. The star was Maradona, and his arrival eclipsed all behind him. Simeone was our third foreign player [the other being Šuker] and helped the side a lot. We had two central midfielders like Marcos and him, running beyond belief. He was the same as he is now: very competitive, very successful and  an endearing person", said Prieto.

With Atlético de Madrid in second place after the first half of the Liga BBVA season, and having achieved so many wins with the Red and Whites, it seems that Simeone's potential is limitless. "I think he is going to develop a lot more. He’s a born competitor and his sides will also grow in their game. Simeone has managed to get his team to be like him: a worker and a competitor. The best thing of all is that 'el Cholo' is learning whilst winning titles and earning praise", said José Miguel Prieto, a man who shared a dressing room with the Argentine between 1992 and 1994.