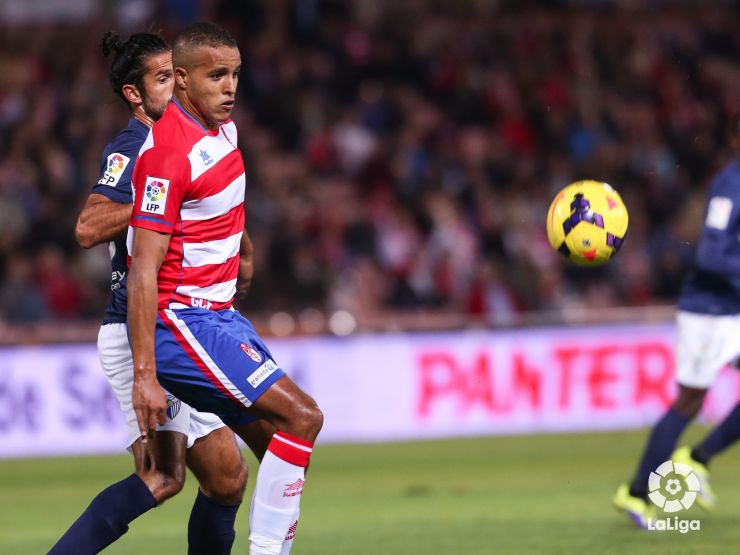 El Arabi on target for Granada

The Moroccan forward scored three times to give his side a 3-1 win against Málaga, moving Alcaraz's side close to the European places.

Granada CF defeated Málaga CF, ending their run of four Andalusian derbies without win against their neighbours. The home side, thanks to the standout performance of forward Youseff El Arabi, move close to the European spots, and sit eighth in Liga BBVA with 17 points.

The match started with both sides sharing the play, but in truth Lucas Alcaraz's Granada looked the more lively of the teams, and it was their Moroccan forward El Arabi who had the best of the the game's early opportunities. Dimitri Foulquier's cross was met on the penalty spot by El Arabi, but his shot was blasted over Willy Caballero's goal in what was the first half's clearest opening.

The second half was completely different. It was El Arabi who opened the scoring from close range to make it 1-0. Bernd Schuster's men were quick to react, and Juanmi equalised a minute after coming on as a substitute.

With both sides very open, El Arabi scored his second, with central midfielder Sergi Darder seemingly the only Málaga player looking to find the Granada goal. Once again it was man of the match El Arabi who the last word, scoring his third goal to give Granada the victory.