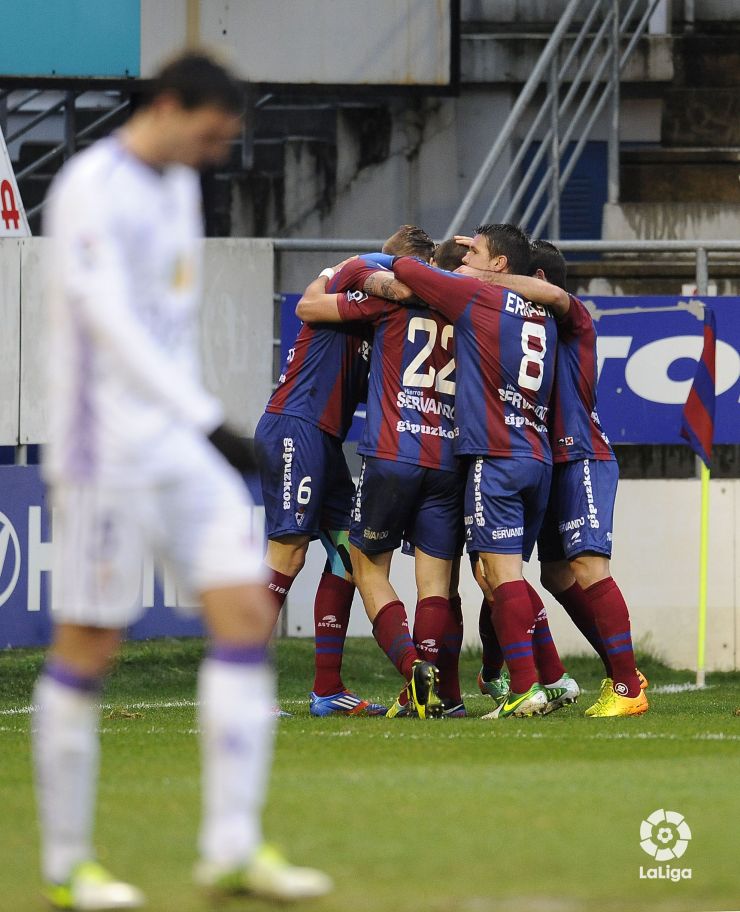 Eibar opens the gap in the Liga Adelante

Victory for the armeros and the draw between Deportivo and Sporting, their main challengers, give the advantage to the Liga Adelante leaders.

After 26 matchdays in the Liga Adelante parity continues to reign, above all at the bottom of the table, which is now packed more tightly than ever, leaving the last four teams with 30 points apiece. At the top, SD Eibar are first after the spoils were shared in the Riazor between RC Deportivo de La Coruña and Real Sporting (1-1).

Thanks to the armeros' victory on Saturday over CE Sabadell (1-0), Gaizka Garitano's men will enjoy another week looking down on the rest. The result was accompanied by a draw between their closest rivals and, until a couple of weeks ago, the top two teams in the Liga Adelante. In addition, RC Recreativo de Huelva's victory over CD Mirandés leaves the Andalusians in third place, applying pressure at the top.

In the matches involving mid-table teams, the highlights were Real Jaen's win over UD Las Palmas (3-0), that of CD Numancia, who pocketed three more points in the Los Pajaritos stadium (2-0) against Córdoba CF and that of Hércules CF against RCD Mallorca (0-1), extending the Islanders' bad run.

The Liga Adelante relegation zone also felt the squeeze this weekend. Above all after Real Madrid Castilla's win in the mini Clásico against FC Barcelona B (3-1) and as a result of Girona FC's historic thrashing of CD Lugo (6-0), producing their first win in 13 matches. Mirandés are now bottom having lost in Huelva at the hands of RC Recreativo (1-0), but the rojillos are level on points with the other three teams in the danger zone. Deportivo Alavés also lost (0-1) against Real Murcia and remain in the relegation zone.