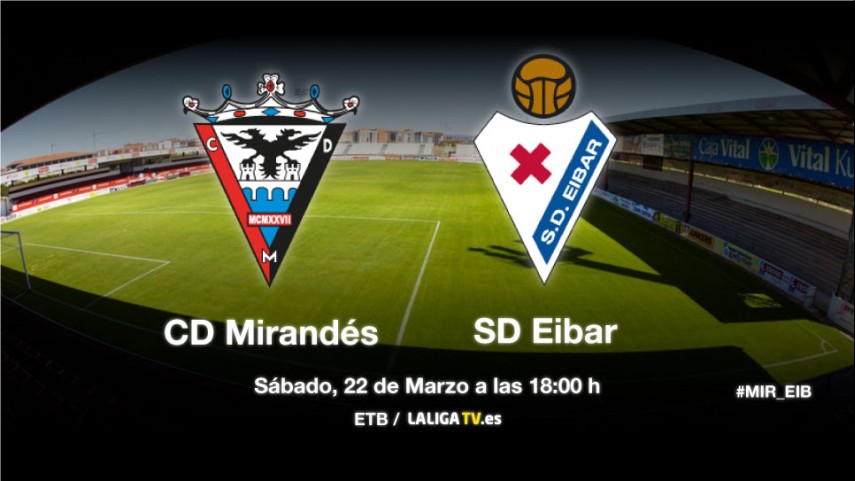 The Basque side, who lead the Liga Adelante with 51 points, travel to take on a Mirandés team looking to move away from the relegation zone.

Mirandés and Eibar will meet for an exciting matchday 31 clash in the Liga Adelante on Saturday (18:00) in the Anduva Municipal Stadium.

The home team comes into this match on the back of a good run that has seen them pick up two wins on the bounce, and is also in need of points in order to move north of the drop zone. Beating Deportivo de La Coruña (1-0) and Alavés, away from home (0-2), has given the Castile and León side a boost of confidence ahead of the final run in of the season. Aritz Mújika, up front, and Manuel Lucena, in midfield, will be the biggest absences for the home side in this match.

Meanwhile, Eibar travel to Anduva as the league leaders and have gone nine consecutive games unbeaten. Among those good results, they have picked up five victories that have seen them climb to top spot in the division. Gaizka Garitano will have to prepare for this clash against Mirandés without José Morales in the centre of midfield.