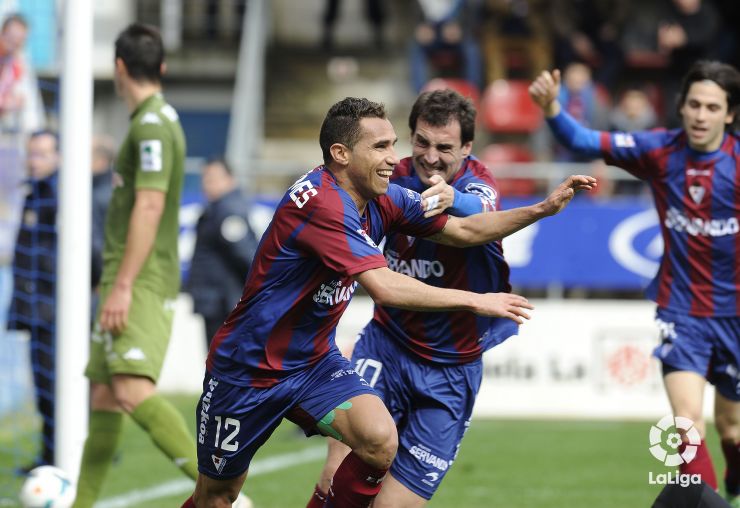 There is an exciting contest at the top of the table between Basques and Galicians, who are level on 49 points thanks to their victories against Sporting and Hercules, respectively.

The 28th matchday of the Liga Adelante sees SD Eibar and RC Deportivo de La  Coruña level on 49 points at the top of the table, though Eibar lead on points difference. Both Eibar and Deportivo were able to win their games at home. The Basque side did so with greater ease (3-0) against Real Sporting de Gijón, while the Galician team had to work hard to earn victory in the dying minutes against Hércules CF (3-2).

RC Recreativo de Huelva are two points behind the top two in third place after their 2-2 draw against Real Zaragoza. UD Las Palmas and CD Lugo battled hard in an attractive encounter in which the only thing that was lacking was a goal. The other game of the week was in Soria. CD Numancia overcame Real Murcia 1-0 and climb to fifth place in the league, leaving their opponents in eleventh place.

In the middle of the table, three teams claimed wins at home. On the Saturday FC Barcelona B overcame RCD Mallorca 1-2 at the Iberostar Stadium. CE Sabadell FC also managed to secure a 0-1 win against Real Jaén. With the same result Córdoba dispatched last-placed Girona FC at the Montilivi Municipal Stadium.

At the bottom of the table, the only side that managed a win was Deportivo Alavés, who defeated AD Alcorcón (1-0), which puts them in 19th place in the Liga Adelante, one point behind Hércules, the team marking the boundary with the safe zone. Real Madrid Castilla and CD Mirandés failed to do the same and drew their matches against CD Tenerife and SD Ponferradina, respectively. With their result the Real Madrid reserves have added 24 from 39 points since Manolo Díaz took over as manager.