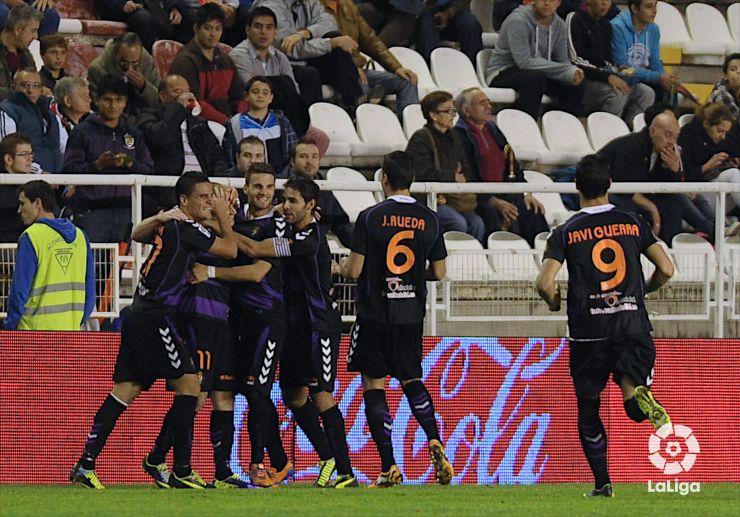 Effectiveness wins out for Valladolid

Valladolid recorded its first away victory against a Rayo Vallecano that was on the receiving end of another goal-fest (0-3).

Real Valladolid CF recorded its first away victory in the Estadio de Vallecas to move up to thirteenth place in the table with ten points. In doing so, the team leapfrogs Rayo Vallecano, who were unable to respond to the effectiveness of the visitors and they remain in fifteenth place with nine points.

Both teams started the encounter cautiously, but it was Valladolid who were first to sow the seeds of doubt in the home team's defence. The forward Manucho and midfielder Patrick Ebert were the liveliest for the visiting team and the latter broke the deadlock. The German player left two defenders behind him before slotting a left-foot shot past Rayo's keeper.

After the goal, the Madrid team upped its game, but it was not enough. Valladolid held strong at the back, and after the home team lost the ball in the centre of the pitch, midfielder Fausto Rossi found his striker Javi Guerra who was able to make it 0-2. Shortly afterwards came Daniel Larsson's goal to close out a match which saw Juan Ignacio Martínez's men waltz off with their first three points away from home.