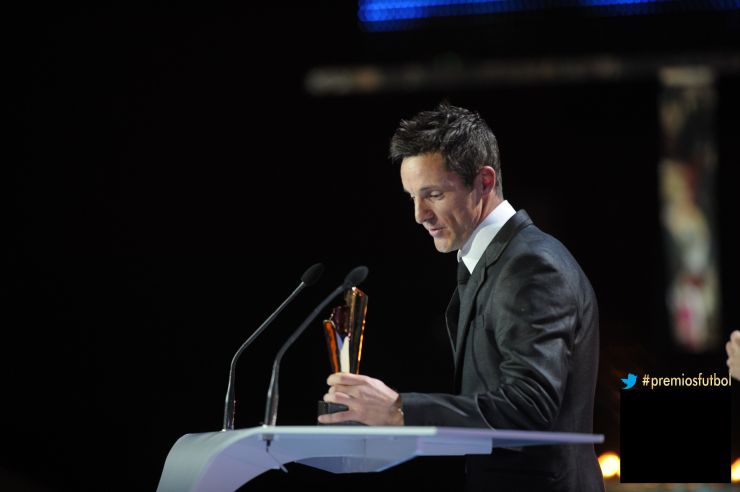 The Elche defender crowned his excellent individual season with his side’s promotion to Liga BBVA.

Elche CF’s left back and captain Edu Albacar has been given the Best Defender award in Liga Adelante for the 2012/13 season, receiving more votes than teammate David Lombán (FC Barcelona B and Elche CF) and Mateo Musacchio (Villlarreal CF).

"It is true that this is an individual award, but it is also recognition for the whole team. We had a great campaign and the results were evident. I scored a lot of goals from dead-ball situations, so it was a good season. I think the team is in a good position in the table this year because it has kept up its performances from last year. Next year I would love to be able to receive the award for the best defender in the Liga BBVA", explained the player.

The 24 year-old Catalan started his career playing for modest local sides CF La Sénia and CD Tortosa, before joining RCD Espanyol’s academy aged 21. With the Barcelona side’s B team he took part in a play-off to earn promotion to Liga Adelante, forming part of a generation of footballers including Gorka Iraizoz, Dani Jarque and Ferrán Corominas.

After two season in Espanyol’s second side, his career changed, and he played for a variety of Segunda División B clubs, before making the step up to Liga Adelante with Hércules CF, Deportivo Alavés and Rayo Vallecano before arriving at Elche in 2010/11.

The 2012/13 season was Albacar’s coming. The skipper, who wasn’t just a charismatic reverence point for the side from Valencia, played a key role on the pitch, playing 38 games, scoring eight times, the majority of which were from dead balls. A season capped off with promotion to Liga BBVA and a deserved award for Best Defender in Liga Adelante.