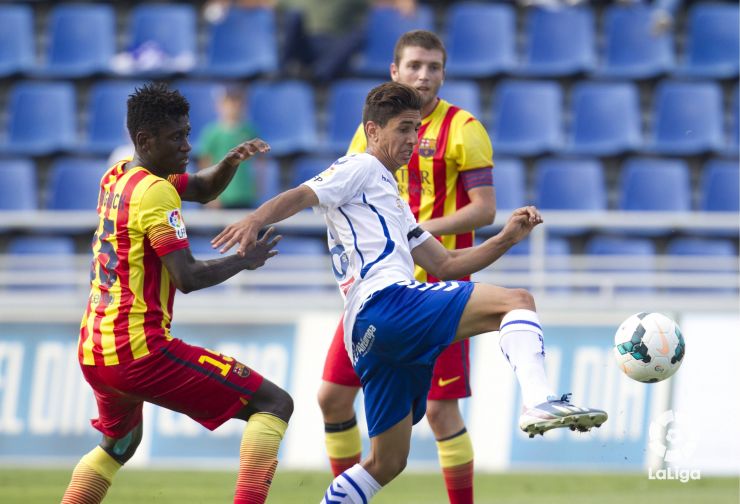 Edgar Ié will be out for between six to eight weeks

Barcelona B will be without Edgar Ié between six to eight weeks due to a muscle problem.

FC Barcelona B’s Edgar Ié suffered an injury to his right leg, and the medical team at the Catalonian side have determined he will be on the sidelines for between six to eight weeks.
The Portuguese player, originally from Guinea-Bissau, had just recovered from a muscular injury. Until now the Portugal u-19 international had only been able to play in the 2-1 victory over CD Lugo at the Miniestadi.

Eusebio Sacristán’s side lost their sixth game of the season 3-0 against RC Recreativo de Huelva, and will next take on RCD Mallorca at home.