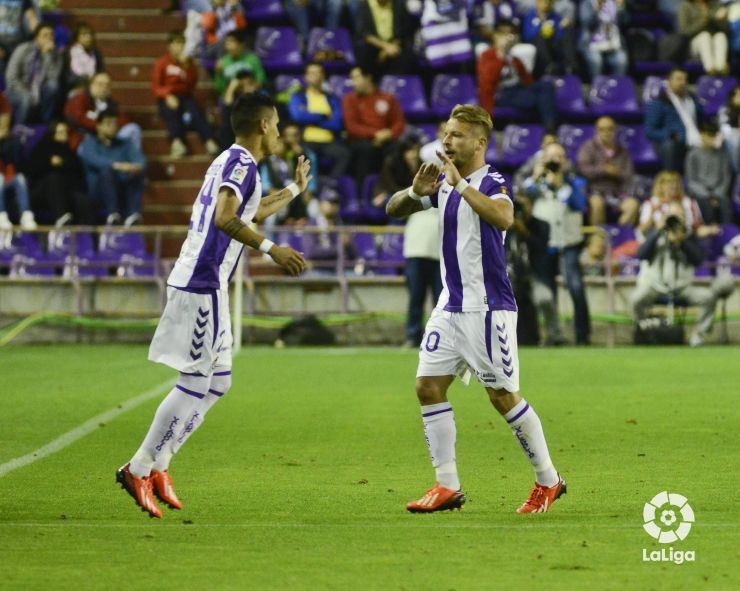 Ebert and Rossi out for Valladolid

The two midfielders from the Castile and Leon team are suffering from injuries picked up in their last match against Espanyol.

Real Valladolid CF's 4-2 defeat to RCD Espanyol in their last Liga BBVA match before the Christmas break has left the team without two of its players, who could miss the first matches in 2014.

German midfielder Patrick Ebert picked up a "Grade I muscle injury to his right biceps femoris" during the clash with the Catalonian side, meaning the player's presence in the January the 4th match against Real Betis Balompié and the January the 10th game with Granada CF is in doubt, according to a statement from the club on its website.

In addition, Valladolid's Fausto Rossi, also a midfielder, was on the receiving end of a "strong knock to his iliac crest" and his presence in the Betis tie on the first matchday of 2014 will depend on his progress.