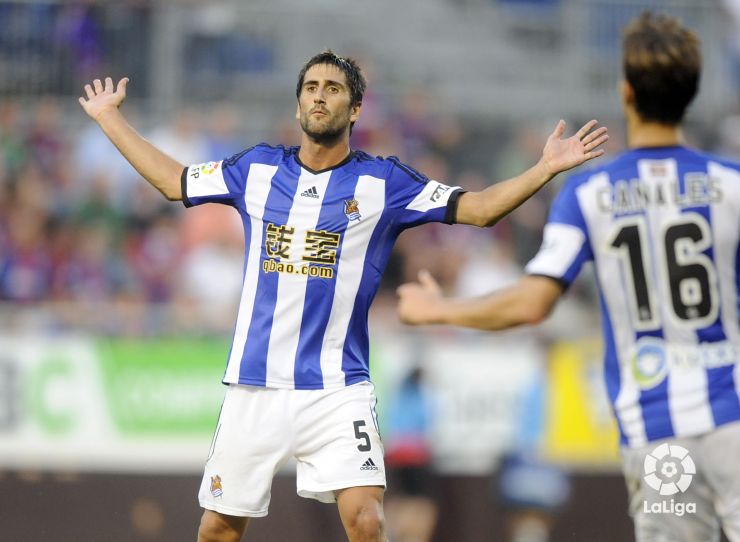 Eibar, spurred on by an outstanding Javi Lara, downed Real Sociedad 1-0 in their first ever Liga BBVA game.

SD Eibar could not have asked for more from their first ever Liga BBVA game. They downed Real Sociedad 1-0 on the opening day of the season thanks to a strike from Javi Lara, who led the side and wrote his name into the club's history.

There was a special atmosphere at the Estadio Municipal de Ipurua, and the home side responded. They went close after 20 minutes with a Javi Lara drive forcing Eñaut Zubikarai to make a good save. It was Lara who, just before the break, got Eibar’s first ever Liga BBVA goal from a direct freekick.

After the break, the visitors upped their game as they sought an equaliser. Jagoba Arrasate sent on Carlos Vela, and the Mexican was close to levelling things up, however the ball flew past the post, and Eibar held on to record a historic victory.