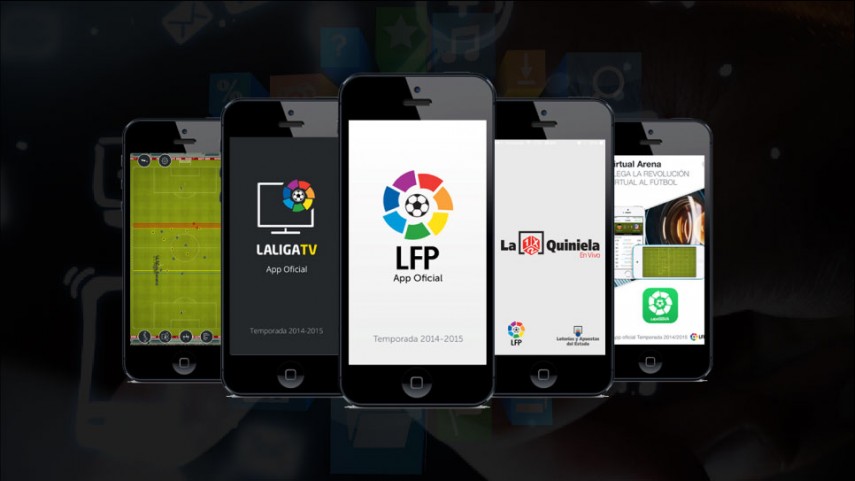 In order to continue developing in the digital sector, the Liga de Fútbol Profesional has provided Liga BBVA and Liga Adelante fans with three new applications for mobile devices and smartphones in addition to the official app of the LFP and that of the Liga BBVA: La Liga TV, La Quiniela live and Virtual Arena.

The official Liga de Fútbol Profesional application for the 2014/15 season (available on App Store, Google Play, Blackberry and Amazon), where you can stay up to date on all the Spanish teams, minute by minute, free of charge, includes several new features for this campaign. The app offers the opportunity to find every game on each matchday, as well as schedules, results, Liga BBVA and Liga Adelante standings, etc. The application allows users to follow the match they choose completely personalised with live commentary through Twitter, goals in 3D and real-time notifications.

La Quiniela live and La Liga TV
The main addition from the Liga de Fútbol Profesional this season is the Liga TV app, with which users will be able to watch matches live, summaries, all the goals from the day and other content of official videos completely free. The new application allows direct and personalised access to all the videos, viewing Liga Adelante matches online and creating a playlist with summaries, goals and programmes to watch later. Also, all the videos can be watched on Apple devices (with Airplay) and, shortly, on any television set with Chromecast.

Another of the big innovations from the LFP is the official Liga de Fútbol Profesional and State Lottery application, available for App Store and Google Play. This new form of playing La Quiniela, the most traditional game in Spanish football, comes with a host of new features this year.

The La Quiniela live app allows single or multiple bets to be placed every matchday as many times as the user wants. It also offers relevant information on each match that will help make predictions. Above all, with the official La Quiniela app, correct and incorrect predictions can be followed visually and intuitively once the matchday is underway, in real time.

Virtual Arena, the virtual revolution reaches football
In addition, the Liga de Fútbol Profesional is preparing to launch Virtual Arena. The virtual revolution has reached football so that you do not have to miss a thing that happens on the pitch. It is an application that falls into the “second screen” category, and it offers users additional, real-time information on the match they are watching on television.