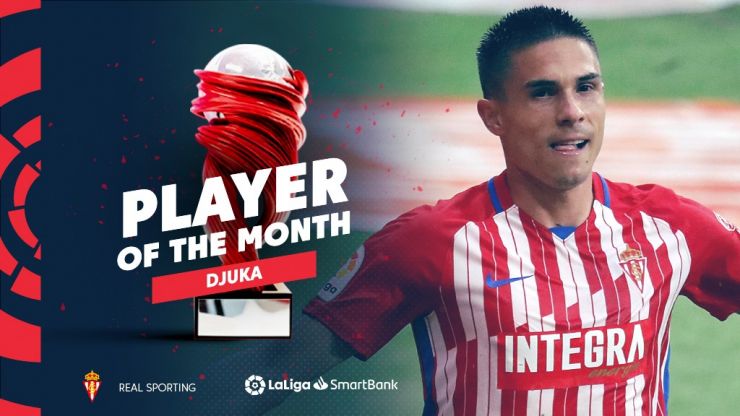 'Djuka' named LaLiga SmartBank Player of the Month for September

The Real Sporting de Gijon player has scooped up this award on the back of a superb month in which he netted three goals and helped his team to win all of their opening games of the 2020/21 season.

Uros Djurdjevic 'Djuka' takes the LaLiga SmartBank Player of the Month award for September. The Real Sporting striker played a key role in his team winning all three of their opening games this month and kicking off the 2020/21 season in unstoppable form.

The Rojiblanco number 23 started the campaign with a vital goal against UD Logroñes, finding the back of the net late in the match to give the Asturians victory by the finest of margins. After a home win against FC Cartagena, the Serbian frontman got on the scoresheet again to dispatch Girona FC (2-0). His brace ensured that his side bagged another three points and currently sit top of the table.