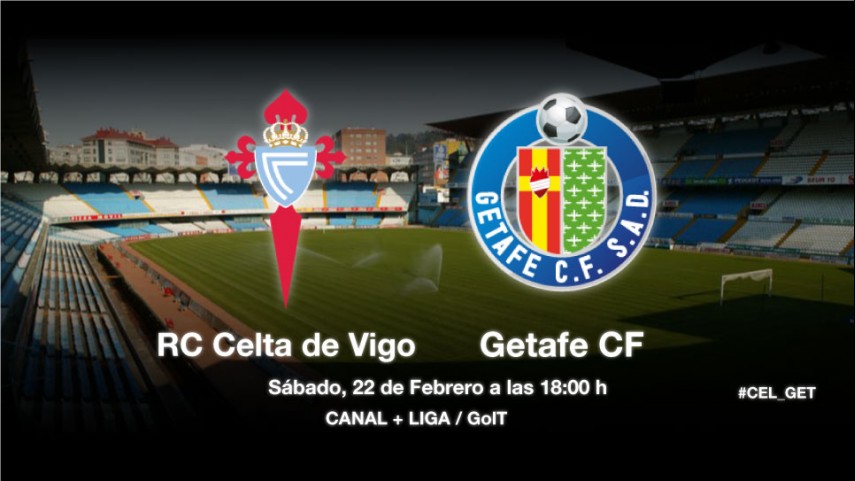 A Celta Vigo side enjoying its best run of form in a while plays host to a Getafe team that hasn’t won since the 29th of November.

Celta Vigo and Getafe will take each other on this Saturday for an exciting Liga BBVA matchday 25 clash between two sides which have had widely varying fortunes of late.

The Galicians, who lie 11th in the league, are enjoying one of their best runs of form of the season having won three and drawn one of their last four games. With a full squad to choose from, apart from the injured Mario Bermejo, Luis Enrique’s team will be looking to climb further up the league table against a Madrid side that has gone nine matches without winning. However, the Asturian coach pointed out that the match is equally important for his players: "We are completely convinced that these three points are vital, because there is no team behind us that needs them more than we do".

While the Galicians are enjoying their good run of form, Getafe hasn’t won a match since the 29th of November, when they beat Levante 1-0 in the Coliseum Alfonso Pérez. In order to regain confidence, the Getafe coach Luis García Plaza will have to do without Sergio Escudero and Pedro Mosquera, who are both injured, while he has opted to drop Adrián Colunga and Míchel Madera. "Celta is firing on all cylinders at the moment, but we have to match them. We have to think that we can win and do things better", the Madrid side’s coach declared.