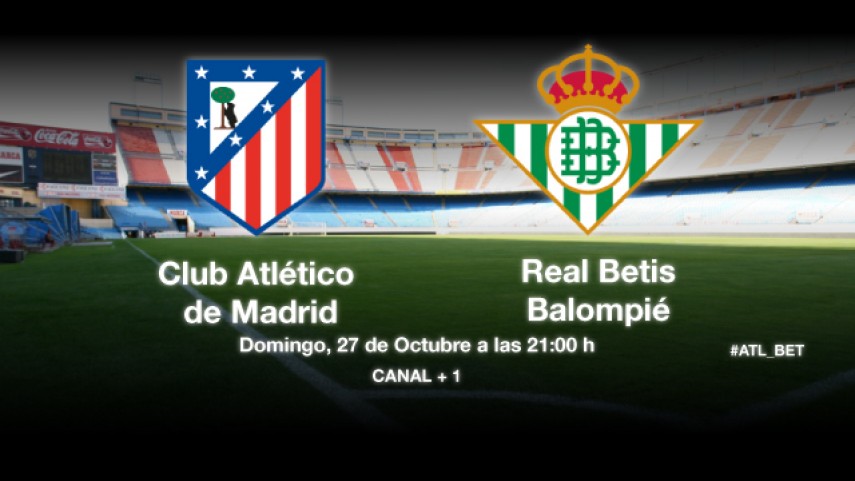 Different priorities in the Calderón

After suffering its first Liga BBVA defeat of the season, Atlético will be looking to stay in the fight for the top spot when it takes on Betis at home.

One week on from losing to RCD Espanyol and seeing its incredible start to the season being tarnished, Atlético Madrid now prepares to take on Real Betis in the Vicente Calderón, where the home team has won all its games during the current Liga BBVA campaign.

Diego Simeone’s men will be looking to win in order to take advantage of the fact that their two main rivals at the top of the league, Barcelona and Real Madrid, play each other tonight. The Argentine coach also has a full squad to choose, apart from Leo Baptistão who is out injured.

Meanwhile, after winning its first UEFA Europa League match, Betis will try to put an end to its run of two straight defeats in the league. "Hopefully our Europa League win will put the wind back in our sails. Fingers crossed Thursday’s result will set the standard for us", the Andalusian side’s coach, Pepe Mel, announced. The away team will be without Paulão and Rubén Castro, as well as Xavi Torres and Joan Verdú, who were unable to train with the rest of the group today.