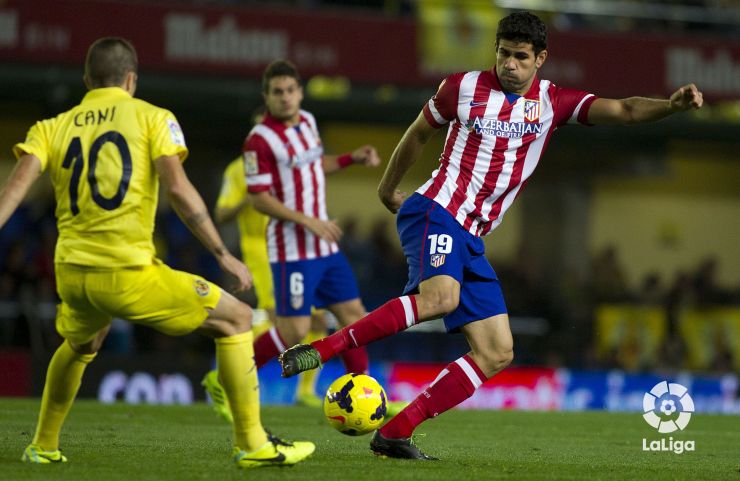 Diego Costa, out for Atlético

The Red and White's forward, who came off injured in Sunday against Villarreal, has suffered torn fibres in his right thigh.

Club Atlético de Madrid forward Diego Costa has suffered a "grade I-II tear of fibres in the adductor muscule of his right thigh". The club confirmed the news through their official website after the 25 year-old had undergone a scan on Monday.

The Brazil-born striker left the pitch in the 82nd minute of Sunday's 1-1 draw against Villarreal clearly in discomfort. Although the Madrid side have not confirmed how long their forward will be out for, he will miss Spain's two upcoming friendlies against Equatorial Guinea and South Africa. His place in Vicente del Bosque's squad will be taken by Juventus striker Fernando Llorente.

Until now Diego Costa has played 13 times in Liga BBVA for Atlético, scoring 13 goals, and currently sits second in the goal scoring charts behind Real Madrid CF's Cristiano Ronaldo who has 16.